From Mental Hellth: “I had tried prescription drugs on and off when I was a teenager and in college. My family doctor very casually gave me a Cymbalta prescription, and that didn’t really stick. But when I was 24 I was diagnosed with OCD. I was in such pain mentally that I was not at all critical, or an educated consumer about all of a sudden being put on four different prescription drugs, one of which was to manage the side effects of the other three. I think I really believed when I was told that there was a chemical imbalance in my brain that my brain was innately structured in a way—that I had an overactive amygdala that was like a constant fire alarm, and that my brain doesn’t know how to filter out those alarms. Today I believe OCD is a trauma response. But at the time I believed what the psychiatrist told me, and thought there was something structurally wrong with my brain. I was very devoted, even eager, to be a compliant patient. I would make silly little jokes like, ‘when it comes to serotonin, if you don’t have homemade, store bought is fine,’ or, ‘my brain was assembled by committee.’

But in the 10 years of being prescribed those drugs, my life got worse and worse. What I know now is that there was a lot of underlying childhood trauma and messages I’d been told about myself that were leading me to make bad choices. But I really bought into the idea that the reason my life was bad was the chemical imbalance.

. . . I changed drugs when I was 26—I was taking 300 milligrams of Zoloft, which is a ridiculous dose, 150 milligrams of Wellbutrin, 4 milligrams of Ativan a day. And when I look back on that period of my life, I see myself as being chemically incarcerated. I was on so many drugs that I had no insight into how drugged up I was and how bad the side effects were. From ages 26 to 32, I was Elvis Presley-level sedated.

A new general practitioner I saw told me, ‘I think you’re on too many drugs,’ but I really trusted my psychiatrist, and that he knew what was best for my broken brain. I interpreted the feedback from my GP as ‘medication shaming.’ I was a cult member in the cult of psychiatry.” 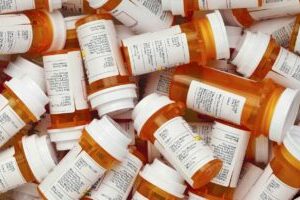