From CounterPunch: “While it is unsurprising that mainstream publications mischaracterize Left critics of psychiatry, it is a touch disappointing to see Jacobin accepting the mainstream liberal narrative that goes like this: If one cares about alleviating emotional suffering, one must defend psychiatry.

Earlier in 2022, in the Jacobin piece ‘What the Anti-Psychiatry Movement Got Wrong About Mental Illness,’ Madeleine Ritts begins by telling us, ‘The anti-psychiatry movement advanced a radical critique of the role that capitalism and power play in the medical profession. Its motives were noble, but it ended up closing the door to understanding, and properly treating, psychological suffering.’

‘On the Left,’ Ritts tells us, ‘common criticisms seek to explain how psychiatry can inadvertently medicalize injustice.’ While Ritts is correct that this is a common criticism, it is by no means the only criticism, and for most Left critics, it is not even the most heartfelt one.

The primary reason why there are today so many Left-identified ex-psychiatric patients and practitioners such as myself—along with research scientists and investigative journalists—who are critical of the institution of psychiatry is that psychiatry has done an increasingly lousy job in helping people.

While many Left critics of psychiatry see merit in the analyses of Marx, Fromm, and Foucault, it is not any Left political-philosophical analysis that has energized most of us to become critics and activists. Instead, we have been energized by our personal experiences along with the empirical research—both of which have informed us that psychiatry’s diagnoses and treatments routinely do more harm than good, and that psychiatry’s disease like any other anti-stigma campaign has essentially been a pro-stigma campaign (more later on this research).

It is simply untrue, as Ritts implies, that Left critics of psychiatry are disconnected from the ‘on-the-ground’ reality that she and ‘boots-on-the-ground mental health workers, or anyone who’s ever experienced or observed someone struggle with debilitatingly obsessive behavior, incomprehensibly horrific visual and auditory disturbances, or radically out-of-character and dangerous decisions in the throes of a manic state.’

I know of no Left critic of psychiatry who has not had first-hand experience of severe emotional suffering and behavioral disturbances, and I know no Left critic who minimizes such suffering and disturbances. The overwhelming majority of Left critics of psychiatry are not ivory-tower academics, nor are they practitioners such as Ritts and myself; they are ex-psychiatric patients, some calling themselves ‘psychiatric survivors,’ many of whom have had years and even decades of their lives made miserable by their psychiatric treatments.

Ritts implies that Left critics’ attachment to a ‘socialist critique of capitalist society’ has subverted the ‘scientific attempt to remedy unnecessary misery.’ The reality is that every Left critic of psychiatry I know is deeply committed to science, and one of our major criticisms is the lack of science behind psychiatry’s proclamations—which has only worsened with drug companies’ corruption of the profession.

While Ritts acknowledges psychiatry’s ‘high-profile scandals, failed reforms, grand pronouncements, and public defeats,’ she provides us with the rationalizations for these failures offered by psychiatry and mainstream media—as ‘all stages along the familiar scientific path of incremental progress.’ The reality is that research reveals an unscientific path of incremental worsening.” 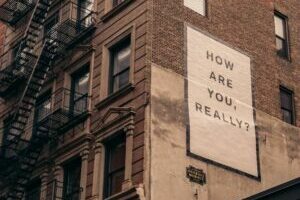