From Slate: “One winter evening in early 2019, I relaxed on a blue sofa as about six people trickled into a dimly lit room for that night’s peer support meeting, which I was leading. After greeting each other and grabbing coffee or flavored seltzer, everyone joined the circle of comfy couches and chairs.

I began the session reflecting on how when we mention our suicidal thoughts, people often see us differently. ‘They typically ask a checklist of questions about plans to kill ourselves, even when that’s not our intention,’ I remember saying. ‘We’re often coerced into situations that make our lives worse, like being locked in the hospital, having belongings taken away, and being mandated to take drugs.’

Others interjected with stories of police being called on them, their medication being altered without their consent, and being forced into sedation and restraints.

I reassured them nothing like that would happen here. The collective sigh of relief was audible.

Normalizing discussion of suicide is the key idea behind Alternatives to Suicide (Alt2Su), peer-led groups intended for adults who have suicidal thoughts or identify as survivors. It’s one of the only peer-to-peer support groups of its kind. Four years ago, I participated in a three-day training to become a facilitator, which involved engaging in debate, roleplay, and discussion, and leading practice sessions. I’ve both led and participated in groups ever since.

Founded in 2009 by Sera Davidow, director of the Wildflower Alliance in Massachusetts, Alt2Su has evolved and grown, with dozens of groups popping up around the U.S. and Australia. ‘We’re often the first place that asks, “Hey, did something happen before [these thoughts] started for you?”’ Davidow said. Answers range widely, and often involve traumatic experiences such as abuse or loss.

Many suicide prevention efforts are based on false beliefs such as the chemical imbalance myth, which makes it harder to engage in a robust examination of the countless, complex reasons someone could be feeling the way they do. As Davidow explained, ‘When assumptions are present about what the cause is, curiosity disappears, and that inhibits the space to discuss, to explore, to make meaning of [our thoughts].’

Caroline Mazel-Carlton, director of training for the Wildflower Alliance and a group facilitator with a decade of experience, describes Alt2Su as a place where people ask, ‘How are you?’ and actually tell the truth. ‘Just having that dialogue creates a human connection that’s real and authentic and that can help us stick around in the world,’ she said.

There’s a persistent myth that it’s dangerous to talk about suicide. People fear saying the wrong thing or falsely assume talking will make someone more likely to act on their thoughts. What opening conversation actually does is eliminate silence, shame, and social isolation, which has a huge positive impact on someone’s life and may reduce, rather than increase, suicidal thinking.

It’s common to hear that any mention of suicidal thoughts is a warning sign that someone should speak with a mental health professional—but professionals don’t have all the answers, either. According to the American Foundation for Suicide Prevention, there are no national guidelines that require education in how to treat someone with suicidal thoughts, either during certification or a career in mental health. Since many practitioners are trained to worry about liability, some people find they’re able to have more open, honest conversations with nonclinicians.

. . . Alt2Su groups are successful because their goal is connection, not predicting or controlling behavior. When we try to control people, we’re less likely to be supportive. We also don’t learn much by asking yes or no questions such as, ‘Do you have a plan?’ or ‘Do you have lethal means?’ You’ll hear considerably more of that person’s story by focusing on building your relationship with them through genuine dialogue.

Another reason the peer-support approach works is because members treat each other with respect and curiosity. They would never shut someone down with, ‘Don’t say that,’ or guilt-trip each other with, ‘What are you sad about? Your life is great,’ or ‘Think of your family.’ Shaming the person for feelings they can’t control is counterproductive. Instead, let them know you’re listening by validating what they say (‘That sounds really hard’), keeping the conversation about them, and encouraging them to talk more.” 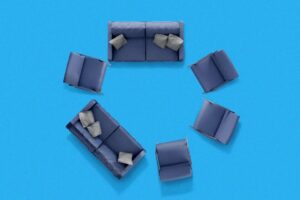