From UnHerd: “We are, if you believe the headlines, living in the midst of an unprecedented mental health crisis, exacerbated by the stress and isolation of the pandemic. According to the US Centers for Disease Control and Prevention, at the end of May, nearly 40% of American adults had experienced symptoms of depression and anxiety during the past month, with nearly a quarter filling a prescription for an antidepressant or other psychiatric drug. The rise in mental health problems has been particularly dramatic among the young: the New York Times reported in July that between 2017 and 2021, antidepressant use rose by 41% among American teenagers.

Often, such grim descriptions are paired with an upbeat solution: better access to mental health care, including psychiatric drugs. Given the understanding of mental health that has been promoted to the public for the past 40 years, this advice makes sense. We have come to understand that depression and other mental problems are disorders of the brain. Psychiatric treatments fix this brain disorder, or at least induce changes in the brain that are helpful to the suffering person.

However, if the past is prologue to the future, this understanding will continue to make the problem worse. For the past 35 years, we have sought to spread “awareness” of depression and other mental health issues. This has led to a dramatic increase in the prescribing of antidepressants: in 1990, the CDC reported that fewer than 3% of adults had taken an antidepressant during the previous month — a number that rose to 13.2% in 2018 and 23.1% earlier this year. Yet the burden of depression in the United States and other Western countries has only risen during this time. 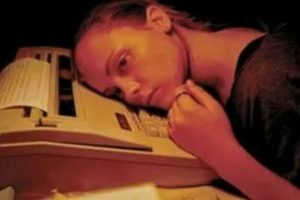