Last month I asked the newly appointed UK Health Minister, Dr Coffey, seven questions about whether our mental health services are credible. On October 12th 2022, I received a response, from one of her aides, that began by informing me that NHS England would be best placed to respond to my queries! Only two of the seven questions (reproduced at the end of the blog) are refenced in the reply, with only one question answered. 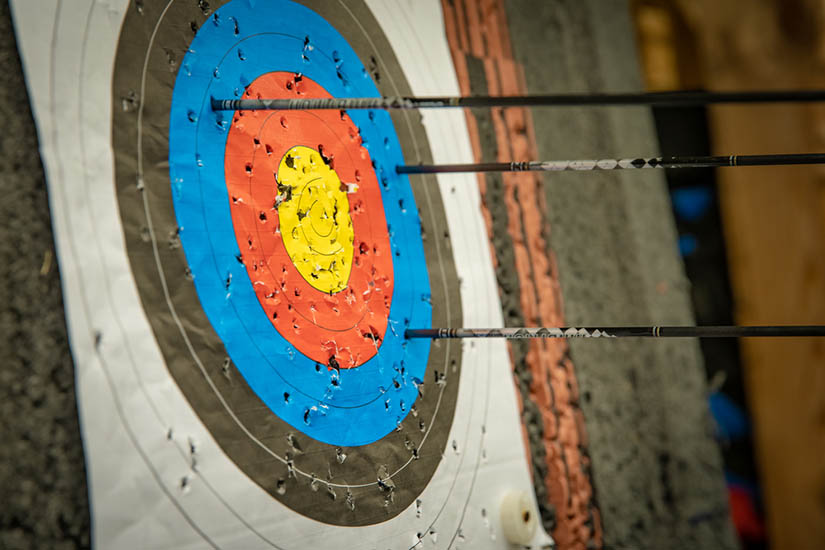 Is it any wonder that in the real world, the output from mental health therapists amounts to so little? My own independent examination of 90 cases passing through the UK Improving Access to Psychological Therapies (IAPT) Service revealed that only the tip of the iceberg recover, in the sense of losing their diagnostic status.

The judges might agree on features of the fare, e.g., presentation, but without tasting the produce, the judgements are meaningless. The ultimate metric is whether psychological treatment makes a real-world difference to client’s lives. But the data proffered by official agencies cannot answer this key question. Their claims are like those of a totalitarian state in which the populace/consumers are not seriously considered.

In the UK, the National Institute of Health and Care Excellence (NICE) guidelines are the ultimate arbiter of physical and mental health care. Failure to comply with them leaves a clinician open to possible legal action. Clinical commissioning groups operate with the belief that the services they fund are NICE compliant; service providers assiduously assert that they are indeed NICE compliant. But it can be argued that, at least as far as mental health is concerned, the NICE guidelines function as a revered cookbook with no evidence of fidelity to the recipes at the coal-face. The guidelines are a committee’s take on good recipes; they represent the committee’s distillation of evidence­-based studies. The influence of NICE is, at best, distal.

The Trickling Down of Good Mental Health Provision?

Ultimately, politicians determine what is spent where. But they have no unique body of knowledge with regard to mental health, and are therefore particularly vulnerable to the effects of lobbyists. A politician who takes a particular interest in mental health is likely to appear particularly credible, “one of our own,” even more so if they recruit an eminent, eloquent mental health expert. The politician will likely opine that it’s not necessary to demonstrate to colleagues that a certain mental health modus operandi is evidence-based, simply that it is “plausible” e.g., “investment in psychoeducation in schools (or drop-in centres) will reduce levels of anxiety and depression in adults,” for success.

Politicians and professional bodies may also look to government-funded bodies (e.g., the Department of Health in the UK, or National Institute of Mental Health in the US), to take the lead on implementation and monitoring of evidence-based treatments. But they are likely to take action only if prompted. For example, in the UK following the NICE guidelines on chronic fatigue syndrome (2021), the Department of Health began a consultation with a range of professional bodies with at least some stake in mental health, not all of which decided to participate.

Distilling a joint statement in such a context is a monumental task, and important issues can easily be kicked into the long grass. The inclusion of persons with lived experience of mental health problems (including professionals affected by the particular mental health problem) in the deliberations has borne no obvious fruit to date; rather it has become an article of faith that this is the way forward.

The evidence that politicians and professional bodies have aided in the translation of positive results from randomised controlled trials into practice is lacking. One can only guess at why, in the UK, the National Audit Office (NAO) discontinued its investigation into the Government funded Improving Access to Psychological Therapies service. The NAO’s brief is to help Parliament hold the government to account and improve public services.

There are five proximal influences on the quality control of therapeutic output: a) the courses accredited, b) external examiners, c) supervision, d) service providers, and e) professional bodies. Individuals often exert their influence simultaneously via a number of routes. But the prime movers across these sources of influence belong to a managerial class. They may micro-manage what happens at the coal-face but they are not visible there. Importantly, they do not assess and treat clients with the limitations of the “coal-miner.” Further, the managers are not involved in research and development on the product.

Considering the proximal influences in turn:

Most mental health courses are founded on an alliance of stakeholders. Often there is a prime mover in a university department, where the academic part of the course is located. But service providers also have an input, providing placements and would-be therapists with opportunities to hone their skills. Representatives of “lead” organisations also have a say in the accreditation of courses. Thus, the establishment of a mental health course is usually the product of a working alliance of stakeholders, together with a co-opted member of the public with “lived experience” of mental health difficulties.

But the stakeholders have different agendas. The university has a prime concern with the monies the course can generate. The service providers are concerned with reputation management by links with the university, which in turn enhances their ability to secure funding from commissioning bodies (in the UK, Clinical Commissioning Groups). Representatives of lead organisations can enhance their CVs by involvement in the accreditation process. If asked, most of those involved in the accreditation process would probably say they are simply trying to make a difference and, although this is undoubtedly true, it is likely to be only a partial explanation of their behaviour.

The working alliance will likely fracture if one or more of those involved in the accreditation process asks, “what is the level of evidence that this course makes a real-world difference to those on the receiving end of the ‘trained’ therapists?.” If an academic clinician voices such a question he/she may well find themselves deprived of the service providers data; research has to be done within the metrics defined by the latter. Thus, the accreditation process is not a guarantor that the public’s mental health needs will be met.

External examiners are often headhunted by course leaders at professional conferences. Following the old maxim that people only appoint those like themselves, the possibility of disagreements is minimised. The university rests content with a statement from the external examiner that the said course is of the same standard as comparable courses in other academic institutions. Course leaders provide external examiners with a sample of course work to be evaluated with the approved metrics of a professional body. The system is designed to ensure both conformity and uniformity. At best an external examiner may be able to nudge a course in a slightly different direction. I know of no data on the proportion of external examiners who resign before their tenure is completed.

What is the primary purpose of supervision? The response of most professional and would-be professional therapists is “to promote professional development/ growth.” But development and growth to what? Almost a decade ago I suggested the primary purpose of supervision was to act as a conduit for evidence-based treatment. This has been met with a deafening silence. Workshops on supervision have become a rarity: just one at this year’s 50th Anniversary celebration of the British Association for Behavioural and Cognitive Psychotherapies (BABCP). The most common mode of supervision in low-intensity IAPT involves two to three minutes of case discussion per case and is, in effect, managerial rather than clinical supervision.

There are a plethora of service providers, from government backed agencies such as IAPT to charities such as Mind. But the latter ape the former to secure funding. Independent private practitioners engage in a similar form of imitation, in the UK, to ensure funding from insurance agencies like Bupa. They all utilise a meaningless, self-serving measuring tape that has two key features: a) test scores invariably get lower with the passage of time, and b) clients do not wish to be discourteous to their largely well-meaning therapists and oblige by endorsing improvement. Service providers thereby maintain the fiction of recovery.

Bodies such as the British Psychological Society (BPS) validate courses such as IAPT’s low-intensity course. But this was done without any review of empirical evidence, simply at the behest of BPS members who had volunteered themselves for a validating committee. BABCP accredits 60 courses including CBT courses, IAPT trainings, and clinical psychology doctorates, with members invited to join the Course Accreditation Committee. As the self-proclaimed lead organisation for CBT, it dictates how therapists should be assessed with the cognitive therapy rating scale revised for depression, despite therapists not being taught to reliably identify which disorder the person is suffering from. It further runs approved supervision training courses. All this despite a paucity of evidence that clearing the hurdles of BPS or BABCP makes any real-world difference to clients’ lives.

Saying more than is known. This looks very much like an exercise in power.

The starting point has to be that clinicians need to engage in mental time travel and recall what made most of them move in the direction of a mental health career in the first place. Most will, I think, answer that it was to make a real-world difference to client’s lives. Then to ask, “in all honesty, am I delivering on this?” If the answer is “no,” there has to be a major rethink—the sense of self is lost by simply escaping into a role.

The rethink needs to include a critique of whether the system within which they are operating is facilitating an encounter with the client in which the needs of the latter are paramount. So that the delivery of therapy is not solely a top-down process determined by powerholders, but also a bottom-up process involving a human encounter. The powerholders may have a unique body of knowledge (for example, about the strengths and limitations of a proposed intervention), but the message of the last decade or so is that they have prescribed beyond their knowledge.

We need to rediscover walking with the client, essentially a pilgrimage in which we are not waylaid by the powerholders. But for any real change to take place, the managerial class have to stop distancing themselves from where the action is and experience what it is like trying to treat people with limited training, performing the administrative tasks deemed necessary, and managing the uncertainty of being sanctioned if targets are not met. Unfortunately, I see no sign of managers getting their hands dirty anytime soon.

A letter in the October issue of The Psychologist rightly draws attention to unacknowledged and pernicious managerialism. The managers need to taste the fare.

Questions to the Health Minister from Dr Scott

[Explanatory note: In the UK, IAPT is the main provider of psychological therapy services in primary care and is free to the public. But there are other providers, such as the charity Anxiety UK, who charge, but on a sliding scale. Whilst they adopt the same assessment/outcome measures, the PHQ-9 and GAD-7, they do not operate a stepped care approach of usually low-intensity therapy first and then, if unsuccessful, high intensity. Most recently, Anxiety UK appears to have outperformed IAPT.]