A 2022 empirical study finds that therapists’ attitudes toward refugee clients are more negative than toward non-refugee clients.

In an attempt to explore the impacts of othering on therapeutic processes, Lars Dumke and Frank Neuner asked more than 2000 psychotherapists about their attitudes toward Middle-Eastern refugees. Their findings suggest that existing health disparities for refugees are likely perpetuated in large part by negative stereotyping and consequent inadequate treatment from clinicians.

They discuss the ramifications of this phenomenon to existing psychological treatment and potential improvements in their recently published article. They write:

“Prior studies have demonstrated high prevalence rates of PTSD and depression among refugee populations resettled in Germany. However, despite a high need, only a minority of distressed refugees have received adequate mental health treatment. The feeling of not being taken seriously was considered as a key barrier to psychotherapy by refugees, indicating the important role of attitudes of healthcare professionals in providing support for refugees in Germany.” 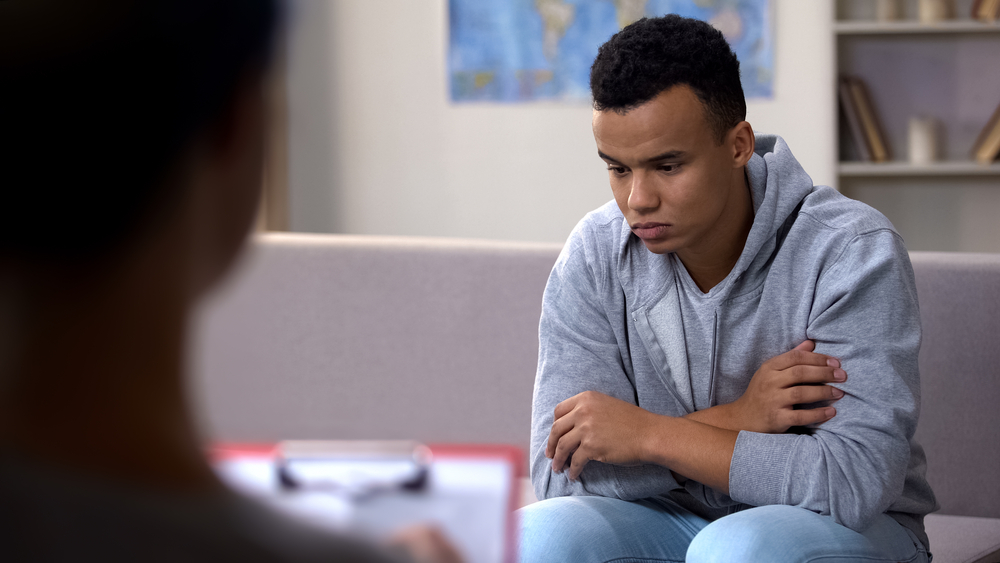 Many refugees experience hardships in the countries from which they flee, and in the process of coming to a new country, that increases the likelihood of experiencing PTSD and depression. Health disparities for refugees with more chronic mental health difficulties are well-documented and suggest the importance of adequate treatment. There is also evidence that discriminatory attitudes from providers lead to negative interactions, poor treatment decisions, and worse treatment outcomes. However, there was little research on providers’ attitudes and behavior towards immigrants, especially in mental health treatment.

Dumke and Neuner set out to understand the impact of othering on interactions between psychotherapists and refugees in Germany. They describe othering as a process of stereotypical beliefs, prejudice, and discrimination resulting from a dominant group’s beliefs that members of a subordinate group are deviant from the norm (in this case, German people and refugees from the Middle East, respectively).

This process applies to many other refugees and otherwise marginalized groups worldwide. Specific to Germany, they add:

“Othering may be aggravated if refugees are characterized as useless (e.g., “welfare parasites”) or as having different cultural and religious characteristics (e.g., “Islamization”) than the perceived German norm. Moreover, the attribution of characteristics depends on the intersection with gender, with media portrayals in Germany reproducing racialized and gendered stereotypes (e.g., “lecherous refugees,” “aggressive mob”). Refugees from the Middle East, in particular, have been at the center of such negative stereotypes in Germany, leading to a deep divide between “us” and “them” in the population.”

They hypothesized that 1) the existing public process of othering refugees from the Middle East would be reflected in psychotherapists’ attitudes towards their clients and 2) there would be differences in clinicians’ attitudes towards Middle Eastern refugee and non-refugee clients in the form of more therapy-hindering attitudes towards refugees (i.e., “perception of dangerousness, anticipated problems in the therapeutic alliance, fear, and a reduced willingness to accept a refugee as a patient”).

In a survey sent to 25,276 psychotherapists across Germany, participants were randomly assigned to view one of four identical case studies with differing refugee and gender identities (Middle Eastern refugee vs. non-refugee and female vs. male). The case described a client experiencing symptoms of PTSD without providing a diagnosis. After being told to envision the client “as vividly as possible,” the psychotherapists filled out assessments of their cognitive, affective, and behavioral attitudes toward the hypothetical client and provided demographic information about themselves.

In a total sample of 2002 psychotherapists across Germany, the researchers found several harmful cognitive, affective, and behavioral attitudes to be more common towards hypothetical refugee clients than German clients. This included fear of the client, attributions of the client’s responsibility, negative expectations about the therapeutic alliance, expectations of therapy-hindering attitudes and stigma from the client, and being less likely to provide the client with psychotherapy (in favor of referring them to a colleague, sending them to inpatient treatment, or suggesting medication).

This study is impressively methodologically sound. It has a relatively large sample, surveyed psychotherapists indiscriminately across an entire country, and had almost equal levels of random responses for each of the four vignette cases it presented. Moreover, its strength in experimentally manipulating only the gender and refugee status of hypothetical clients effectively demonstrates that the results are likely due to those factors only.

The experimental method could also be considered a weakness. Therapists’ attitudes may function differently in real life. For example, cognitive attitudes about clients as “dangerous” were the only attitudes that showed no significant differences across groups. Someone who believes a stigmatized group of people is dangerous may also know that this is a discriminatory attitude they should not readily admit, but they may still demonstrate this attitude to the detriment of clients in person. Other differences in real-time responses vs. experimental responses may exist.

The authors acknowledge that labeling the hypothetical refugee clients as Middle Eastern may have simultaneously activated stereotypes of Muslim people due to the unfortunate tendency of those with prejudices to conflate Middle Eastern origin with Muslim religious beliefs. Dumke and Neuner consequently encourage readers to consider research on the impacts of islamophobia when interpreting this study.

They also acknowledge challenges related to their sample: therapists may have self-selected along a characteristic they did not examine, and they could not control for therapist ethnicity or race as they did not collect that information.

The authors provide nuanced information about how therapists’ attitudes may impact refugee clients’ care and how we can humanely and respectfully address mental health disparities.

There is a need to further improve our understanding of the complex attitudes of healthcare professionals and how they may impact refugees’ access to healthcare and psychotherapeutic support. Future studies need to disentangle interacting forms of cultural bias, e.g., islamophobia. Study designs comparing attitudes toward patients from different refugee populations (e.g., from Ukraine, from Syria), immigrant patients without flight experience (e.g., born in Germany but with Syrian parents), and non-migrant patients could serve this purpose. Attitudes and biases of mental health care providers may not only pose a barrier in the psychological treatment of refugees but also undermine trust in mental health professionals and increase mental health stigma.

The authors suggest that an empathic, non-judgmental stance is necessary to give appropriate treatment that acknowledges each client’s beliefs and background. This stance can be effectively taught through training on cultural sensitivity and acquiring knowledge about common structural challenges facing refugee clients. They write that increasing training and use of these interventions, as well as evidence-based, trauma-focused interventions, would improve treatment outcomes for culturally diverse clients with PTSD.

These results are not solely applicable to German people’s attitudes toward Middle-Eastern people. The authors have provided a framework for understanding othering and xenophobic attitudes which pervade many countries. Prejudiced attitudes based on combinations of nationalism and ethnic discrimination are present in many countries and visible through myriad policies that make it difficult for people to emigrate from specific, stigmatized regions or pose extreme financial and structural burdens for immigrants.

This work provides substantial evidence that therapists’ stereotyping attitudes profoundly impact the course of therapy, indicating a need for those attitudes to be examined and accounted for to provide adequate care.

So Long, Pill Mill: A Letter to My Former Patients and Their Families