From Touch the Future: “On Tuesday, the Federal Bureau of Investigation released a report titled ‘Active Shooter Incidents in the United States in 2021,’ which logged sixty-one mass shootings last year.

The violence we see all around us, personal and global, is a failure of development. Period. The seed is not the cause, or to be blamed for being planted in poor soil, not being watered, isolated, shoved in a dark closet, screamed at, compared, humiliated, ignored, beaten, or illuminated by a screen instead of nature’s sunlight. Then, when these stunted plants grow sharp tangled thorns, we blame them for moral failure, punish them, chastise, incarcerate, and kill them, self-righteously.

To blame guns, TV, video games, Twinkies, the bully next door, bad genes, and all the rest, for the pervasive violence, self-mutilation, self-medication, suicide, and similar unbelievable acts on others, is simply a misguided defense, empowering our justifications to continue to fail at our most basic challenge and responsibility; modeling what it means to be a whole, connected, available, awake, sensitive, empathically-entangled human being. After all, that is what every child needs and is desperately screaming about . . .

We are responsible for the society we co-create by our willing acceptance and participation, not guns or any other tool . . . All the barbed wire around our schools, police, and metal detectors, won’t fix a thing. Rather, more of the same will only intensify the loneliness, hopelessness, despair, and inner rage our broken children feel.

Our last post, ‘Bonding as Transcendent Attunement’ describes the root. How Joseph Chilton Pearce predicted the inevitable breakdown in society as the result of what he termed ‘A Time Bomb in the Nursery,’ in Magical Child, 1992.

In the mid-1990s I met James W. Prescott, Ph.D.  Jim and I have worked all these years to share his views on ‘The Origins of Love and Violence, Sensory Deprivation and the Developing Brain Research and Prevention’:

‘If we have pleasurable sensory stimulation then that’s the brain engrams, the templates that will be stored and they will be images of pleasure. If they are painful they’re going to be images of pain and pain evokes violent responses. But there is something else that evokes violent responses and that’s the absence of pleasure. And that’s really different than the sensory experience of pain, and most people don’t appreciate that distinction.

And in fact, more damage occurs with the sensory deprivation of pleasure than the actual experiencing physical painful trauma, which can be handled quite well in individuals who were brought up with a great deal of physical affectional bonding and pleasure which carries with it emotional trust and security. We really have to look at the trauma of sensory deprivation of physical pleasure and that translates into the separation experiences, the isolation experiences of the infant from the mother. [Basic trust.] That’s the beginning.’

What evolved to be Touch the Future began with a phone call. Pat, a colleague, and tri-athlete was training in Los Angeles for the 1984 Olympics. Pat went to bed early after returning from her workout not realizing a stranger had been stalking and broke into her apartment window, a paper sack over his head holding a butcher knife. His mission; rape and murder. Pat, being so well trained and fit, survived unharmed and described her ordeal two days later. I spent the next two years asking; ‘why would a male do such a thing?’ Finally, after interviewing experts up and down California, and reading five textbooks, I got my answer. Failed nurturing, broken bonds, abuse, and betrayals of intimacy of young boys . . . These are the predator males that grow up drawn to positions of power; heads of corporations, finance, the military, police, and politicians. What goes around, comes around.

. . . Our children become what we are, not what we tell them to be . . . Holding on to our kids implies modeling our very best, and simultaneously this holding and modeling creates the strongest and most resilient shield to protect our children from the predators who are less fortunate.

. . . Realizing how we act, the way we speak, the care, attention, presence, and empathy we model every day is what our children are becoming, in their own way, of course, becomes the greatest incentive to uplift ourselves, and therefore the world. Something cell phones, surveillance cameras, police, and metal detectors can never do.” 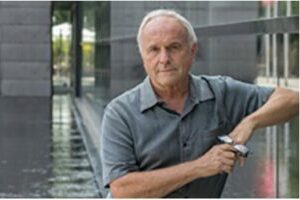