I have had quite a few discussions with people who have not heard of the research on this site. Very often as soon as I start pointing out the problems with medications, people assume that I am completely against any use of medications. Well, I’m not. I’m for careful, judicious, cautious use of medications. I’m just against the current paradigm of medications first, for everyone, and forever.

I had a disucssion with some of my other Whitaker-informed advocate friends to figure out  our real position. This is in our UnDiagnosing Emotional Distress online discussion group which we’d love you to join. My friends gave me permission to summarize that discussion on our http://WellnessWordworks.com blog. Mostly we are for temporary and fully informed and very cautious medication use. My blog also has a video by Robert Whitaker that I can’t seem to embed into this site.

Mostly we think that if people want to take medications after:

1) knowing the true outcomes research (antidepressants effective as placebo)
2)knowing the risks and dangers of side effects (like the 18 fold risk of heart attack combining SSRI’s and antispychotics)
3) knowing the withdrawal effects that can be severe (up to a year for some people for SSRI’s)
4) knowing that the medication may predispose people to further illness (25% depression relapse for placebo, 42% for meds)

Then it should be their choice. People who do not know these things before taking medications do not have a real choice. Many medication critics still take at least some medications knowing all of the above and find it helpful in some temporary situations.

However, in our social messaging, it can be hard to get past first impressions. It’s hard not scare some people away. One really important idea is a quote from my favorite former boss, Randy Johnson, “Some ways of being honest are more productive than others, but still carry the same truth.” It’s really a balancing act to find words that can reach the most people

Language is very important. I have talked to many people that want me to use more radical language and many people that are scared of the way I talk. I have a T-shirt that says, “Sometimes it’s not genetic.”  Then it lists the other things it could be, like trauma or a poor job fit or ineffective exercise or nutrition or spiritual crises or family friction. The T-shirt sold out at Alternatives, but some more radical activists tell me, “Well, you shouldn’t say ‘sometimes’. It’s never genetic.”

Well, for one thing, I didn’t want to scare off people, but I haven’t dumbed down or made my message inaccurate. As a biologist, pretty much everything is genetic, like breathing, blood clotting, metabolism, speech, etc, things that we hopefully all do. So it’s accurate to say “sometimes it’s not genetic.” Just like some natural medicine people look for chemical-free products, but according to the definitions of chemistry, anything made of molecules, including water, is a chemical.

The key is not to totally freak out people who are still stuck in the system while still being honest and accurate. Like saying, “People do better on as few medications as possible,” says almost the same thing as “People do better on no medications,” but it freaks out a lot less people. Like “medication reduction,” freaks out less people but the process is exactly the same as “medication withdrawal.”  If we can help someone get from 6 meds to 1, the 1 to zero is a lot easier.

What kind of modifications have you found to language that still keep the same honesty and truth? How do we alienate as few people as possible? 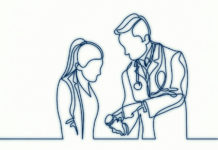