Several months ago, two professors at the University of Pennsylvania were accused of ghostwriting. The university has now announced that its own internal investigation has found that the professors were not guilty of any misconduct. However, the charges, countercharges, the committee report, and several of the media articles go back and forth between charges of honorary authorship and ghostwriting as if they are the same exact thing.

Last year we wrote a paper that attempted to define ghostwriting, and to differentiate it from honorary authorship. These are two very different concepts. Honorary authorship is getting credit for co-authoring a paper when the listed author didn’t make enough of a contribution to meet authorship guidelines; ghost authorship means that someone co-authored the paper (usually a drug company employee or subcontractor) and should have been listed as a co-author, but wasn’t. Our main point was that if one wants to determine if a paper was ghostwritten there is one and only one question under consideration: Did the paper’s byline omit someone who deserved to be called an author? Thus, as far as the ghostwriting charge, the only job for the University’s of Pennsylvania’s Internal Committee was to determine if someone who made a significant contribution to the paper was left off the byline. It doesn’t matter if the named authors did a significant amount of work, or if the paper is accurate, or if it was peer-reviewed, or if the named authors signed off on the final copy – all of these excuses are common in the ghostwriting literature.

When one looks at the paper under scrutiny at UPenn there were eight named authors- five academicians and three from a writing company contracted by Glaxo.  Unless there was another author out there who was not mentioned we think this would mean the paper should not be considered ghostwritten. Unfortunately, the paper did not mention that the three non-university authors were employees of a medical writing company hired by Glaxo.  Certainly, this is something that readers should have known, but even this lack of forthrightness does not constitute ghostwriting. According to the news reports it was The American Journal of Psychiatry that left out the company affiliations of the three drug company employees and not the paper’s authors.

Now, it is true that there are a whole host of other accusations about the paper such as: it is misleading, it came to faulty conclusions, the named authors used someone else’s data, it is biased, that the named authors don’t deserve to be listed as authors, etc… Granted these are serious accusations, however, they don’t all fall under the category of “ghostwriting.” Keep in mind that even though it might not have been ghostwritten, it was company-written and most people know that company-written papers often include a marketing message.

Unfortunately, regarding the ghostwriting charges, the administrators have muddied the water with all kinds of statements in the media that do not directly relate to the ghostwriting. For instance, in their discussion of ghostwriting they have said that “Drs. Evans and Gyulai satisfied all authorship criteria…”  That’s great news that they deserve to be called authors, but was there someone else who also deserved to be called an author?

The administrators have also said the, “…publication presented the research findings accurately.” Again, whether the paper was accurate or not has no bearing on whether it was ghosted. Even if the paper’s findings were wrong, or slanted, this wouldn’t have mattered for the ghostwriting question.  Besides, its not up to a committee to determine if the paper was right or wrong.  It’s up to individual readers to come to their own conclusions. And one of the elements that goes into that decision is knowing who wrote the paper. Whether or not readers are going to trust a company written paper is up to the readers.  In this day and age, only a very naive physician could believe that when it comes to making a clinical decision that a paper co-authored by a drug company is a true evidence-based look at data; we know that drug companies see peer-reviewed articles as a venue to sell their products- so it’s important to know if they co-authored the paper.  Readers want to know who wrote the paper- not that a committee at UPenn thought it was accurate.

The university also says that at the time the paper was published the professor’s actions did not constitute “a deviation from accepted practices as they were understood at the time.” However, whether it was in writing or not, ghostwriting has never been considered acceptable in the University at large- it wouldn’t be tolerated in a humanities department, for instance- and it’s very awkward to see a high-ranked University suggesting that talented researchers simply didn’t know that it’s unacceptable to cooperate in deceiving the public about the authorship of important research. In fact even the Penn Medicine administrators understood this concept last year when they responded to Charles Grassley’s questioning of Universities about medical school ghostwriting polices. Penn Medicine’s response (at that time, so says the Grassley report) was that we didn’t need a policy: “Penn Medicine does not use the term “ghostwriting” in its authorship policies, but stated that it has policies against plagiarism and it considers ghostwriting to be the equivalent of plagiarism.” 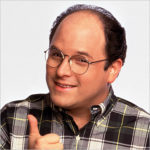 One of the comments in a piece in the Chronicle of Higher Education about this defense humourously hits the nail on the head:  “This reminds me of the Seinfeld episode in which George was being fired by his boss for having sex with the cleaning lady on his desk. George’s paraphrased response: “Was that wrong? I gotta tell you, if I knew that wasn’t allowed here, I never would have done it.”

Unfortunately, for the only important question that the internal committee should have been addressing, the administrators have made a comment that raises even more questions: “Susan Phillips a spokeswoman for the medical school, did not respond to a question about whether the medical writing firm wrote the study or edited the researchers writing.” But, this is the most important question-  if unamed medical writers were significantly involved, then it was ghostwritten. How can they not comment on this? This  leaves us wondering if indeed there are some ghost authors of this piece. If the university won’t comment on the most important part of the case then one wonders why the review was even done in the first place. This would have been like NASA’s Columbia Accident Investigation Board, after its year-long review, announcing “We are not going to make any comments about why the Columbia exploded.”

But, more importanly, as everyone involved tries to move forward and curtail ghostwriting, the biggest problem of all is how Penn Medicine has defined ghostwriting and what this means for academia. Their report states that under their new standards, professors would now have to acknowledge that they had assistance from a medical writer. But this does nothing to solve the ghostwriting problem. In fact it does just the opposite.  By implementing a standard which allows professors to simply mention company employees in the acknowledgment section the university is sanctioing ghostwriting. It sets a disturbing new norm for academia, where the person who actually wrote the majority of the paper is acknowledged in small print at the end of the article, while the listed authors have a much smaller role.

There is nothing wrong with companies being involved with research, but when a company employee deserves to be called an author, they should just put their name in the byline. Some companies such as Eli Lilly have frequently done just this, listing the company employees as authors, so it is not as if this approach is unheard of. This happens all the time and these papers should not be considered ghostwritten. Calling an author an author is not a complicated matter. To see a university going through all kinds of machinations to get around such a basic concept, which is so integral to their central mission, only fuels the fire of those who think universities are out of touch.

The case is still under consideration by the Department of Health and Human Services. Let’s hope that they understand how to determine if a paper has been ghostwritten.

If you would like to read more about this, several months ago we published a paper in Society, entitled, “Why does Academic Medicine Allow Ghostwriting? A Prescription for Reform.”

The Surprising Truth About How Psych Drugs Come to Market