Like no other time in history can we get what we want so quickly. For example, you can just say a few words to Alexa to discover the average height of a giraffe. The age of information, especially with the internet, gives access to knowledge faster than at any time in history. Having access to more information can help us learn about health and other topics perhaps even quicker than doctors and medical professionals, especially if you are lucky enough (or unlucky enough) to experience some medical problem firsthand.

You might be thinking, “I can learn more than doctors if I have had some sickness?” If you read on, you will know what I am talking about; I have experienced this interesting phenomenon firsthand. 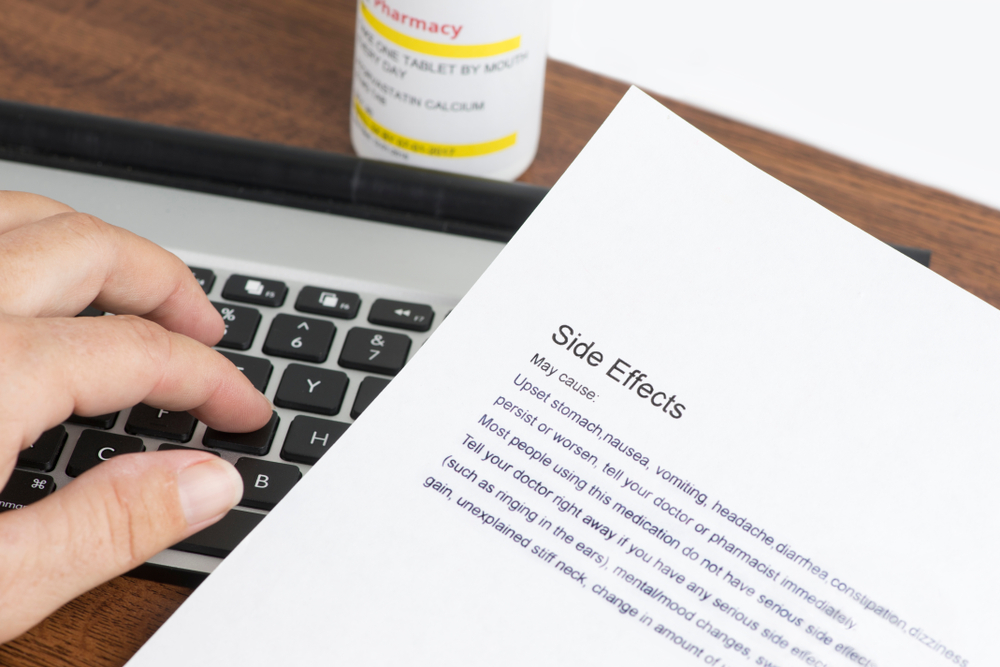 Firsthand experience with some disease or illness can give you a leg up on any medical professional; if a person experiences enough suffering, they may become willing to do anything to find relief, including seeking the TRUTH about the root causes of their illness. The truth you find may go against the conventions of society and medicine, which can be scary. However, this is a recipe for getting to the bottom of things and figuring out what really is going on with your health. A doctor’s survival is not necessarily dependent on finding certain answers to illness. But if your survival and happiness are dependent on the answers you find for your malady, this is motivating for sure. It was not until after I had gone through all I am going to tell you that I discovered this reality. My experience showed me this truth.

I grew up believing that doctors could always be trusted and knew far more than the average person about health. Most problems I had were fairly easily solved by doing what either my parents or the doctors said. However, this trend began to change as I got older. During my teenage years, I had an experience where I was having some depression in my life and was told by a psychiatrist that an antidepressant would help me. My experience had told me that the doctor was usually right, so I began taking this pharmaceutical medication, looking forward to relief and healing from the depression.

Doctors had a good track record of helping me recover from illness, so initially I was happy to heed their advice with the depression I was experiencing. I also spent some time in both group and individual therapy. Group therapy was mostly a beneficial experience for me because I began to learn more tools that helped me deal with life on life’s terms. If I felt confused and had overwhelming emotions, I learned to write down my thoughts and feelings in a journal. I had journaled before, but my understanding of the value of this practice deepened and I found myself gradually becoming better at expressing myself and being more aware of my thoughts and feelings. Another benefit of group therapy was meeting other people who were also dealing with mental health challenges; working with these people helped remind me that I was not alone, but had other people I felt I could relate to and work together with. Group therapy helped me to learn tools and form relationships that gave me a good, healthy foundation for becoming a more balanced and happy person.

Individual therapy with a counselor was another bright spot in my recovery. It helped me learn to look at and talk about those areas of my life that I had previously been afraid to bring up. I learned more deeply the value of having a person outside my family and friends who could look at me more objectively, which I believe is so important. Oftentimes family and friends might have difficulty being as objective as somebody like a counselor, for reasons including being afraid of offending me or perhaps even being blind to both good things about me and ways I can continue to grow. However, I also need to emphasize that family and friends were also instrumental in my recovery.

The psychiatric medication was unfortunately a different story from the benefits I had received from therapy, family, and friends. The streak of doctors having success in helping me had come to an ugly end.

After I began taking a psychiatric medication, I became numb to how I felt and gained a lot of weight. My thinking slowed down and I had a more difficult time relating to other people. I felt tired all the time. Over the next few years, I expressed these challenges to the psychiatrist and thus began the terrible and very difficult experience of trying to find the “right medication.” In some ways, this was worse than anything I faced before I started taking psychiatric meds. There were a plethora of side effects that these various medications caused; some were mildly difficult to deal with and others almost made me feel like I was going to die. I experienced painful things like chest pains, feeling like I could never be still, depression, and more.

I remember thinking during this time, “This is horrible. I don’t know if this is ever going to end. I feel so alone. Why do I feel so terrible?”

Fortunately, I was able to eventually find just one psychiatric drug to take where I felt okay, or at least didn’t feel terrible. Even though I still felt tired all the time, I self-medicated with caffeine and was able to eventually work full time again. However, I realized after several years of taking this drug that I was gradually getting sicker. I was more depressed than before I started taking psychiatric drugs. I was overweight, and had skin problems and digestive problems. I was constantly in survival mode and had no idea what the issue was. My psychiatrist had no answers, and my doctor said I seemed mostly fine. But I knew I was sicker than before I ever started taking the drug. I also had learned that I ‘needed’ this psychiatric drug because I had been told I had a “neurochemical imbalance.” Shortly after being told this, I had run full force into a brick wall trying to unsuccessfully get off the drug, which reinforced that I did, in fact, have a neurochemical imbalance.

A Conversation That Would Change My Life Forever

After over a decade of going through this circus, a wise psychologist asked me if I truly needed psychiatric medication. I think I may have initially looked at her like she had just told me the moon was made of cheese. However, after digesting what she had to say over the next few months, I realized that when I first experienced this depression, I also simultaneously was neither getting enough sleep nor eating very well. Coincidence? Surely, it was. Because I had a “neurochemical imbalance” and needed these drugs, according to the psychiatrists.

My Ally, the Internet

After taking some time to let this possibility of not needing psychiatric drugs sink in, I did what anybody might do: I Googled it. My search criteria included phrases like: “dangers of psychiatric drugs,” “psychiatric drug withdrawal,” and “experience with going off of psychiatric drugs.” I was once again a little bit surprised by all the information I found. I discovered many stories of people claiming they had gone successfully off of psych drugs, even after taking them for 10-20 years or more. I even found psychiatrists who no longer gave their patients psych drugs. Another reality that gave me hope was discovering a multitude of factors that can cause a person to become anxious or depressed, including lack of sleep, poor diet, and poor habits of dealing with stress. Thanks in part to the internet, I was gradually beginning to see that perhaps there were good reasons why I experienced symptoms of depression when I was younger, and that taking a drug was not the best answer to solve this problem.

After doing my due diligence in researching more about psychiatric drugs on the internet and through some books I bought, I decided to follow this wise psychologist’s suggestion to try going off the drug; and I was somewhat surprisingly able to get off of it. It was very difficult to get off of the drug, especially since the doctors had drilled it into my head that if I struggled to get off of the medication, it was evidence I needed it. What I came to discover was that it was hard to get off of the drug because of the withdrawal effects and because the drug had messed up my health. But finally, I was off the medication! What a relief and what a miracle! After being off the psych drugs for many years now, I’ve found that THE LONGER I HAVE BEEN OFF OF THEM, THE BETTER I HAVE FELT!

So, living in the age of information can bring the strange irony of going against a doctor’s orders because the pain of my situation helped inspire me to look DEEPER for answers, including through the internet. My experience has shown me that if you have enough pain in your life, you will look anywhere for the truth, even if this truth goes against what the medical system is telling you. Part of me wanted my psychiatrist to be right because in some ways it would be easier just to keep taking psych drugs. But I feel so much better not taking them, and hope I never have to take those drugs again. Sometimes it feels a little bit like the book 1984; I get the feeling like I am on a mission and “the system” is not truly interested in our well-being. However, thankfully I have found this is not entirely true.

Along the journey, I have encountered wonderful holistic doctors and medical professionals who are interested in finding the root causes of health problems, not just putting band-aids on symptoms of anxiety or sadness. As I have been reflecting on my past while writing this article, I wonder if I would have been able to gain the knowledge I needed to go off of the psychiatric drugs if I lived in a time without the internet. I am thankful for both the internet and that wise psychologist because they helped save my life and well-being.

My Response to a Defender of Psychiatry