(Speech delivered by Daniel Fisher at the rally in front of the Boston State House, June 2,2012)

How can residents of Judge Rotenberg Center (JRC) continue to be tortured in the name of treatment in this United States, the only country with a Bill of Rights in our Constitution? Because people with disabilities and especially developmental and psychiatric disabilities are not covered by our constitution. Once we are labeled as having a developmental or psychiatric disability, we are no longer covered by the following Amendments to our Constitution:
“Amendment 4: The right of the people to be secure in their persons, houses, papers, and effects, against unreasonable searches and seizures, shall not be violated, and no Warrants shall issue, but upon probable cause, supported by Oath or affirmation, and particularly describing the place to be searched, and the persons or things to be seized.
Amendment 5: No person shall be held to answer for a capital, or otherwise infamous crime, unless on a presentment or indictment of a Grand Jury, except in cases arising in the land or naval forces, or in the Militia, when in actual service in time of War or public danger; nor shall any person be subject for the same offence to be twice put in jeopardy of life or limb, nor shall be compelled in any criminal case to be a witness against himself, nor be deprived of life, liberty, or property, without due process of law; nor shall private property be taken for public use, without just compensation.
Amendment 8: Excessive bail shall not be required, nor excessive fines imposed, nor cruel and unusual punishments inflicted.”

I can relate to the victims of torture at JRC. In my 20’s I was psychiatrically hospitalized and locked in a solitary confinement room with no furniture. That was called therapeutic seclusion. I was restrained and forcibly injected with mind numbing drugs and that was called my therapeutic plan. Years later I still carry the outrage of that torture as deep wounds in my soul.

As I lay in solitary confinement, I thought of Shylock from “the Merchant of Venice.” His plea to be treated as humanely as a Christian could be paraphrased for these residents of JRC: I am a child with a disability; hath not a child with a disability hands, organs, dimensions, senses, affections, passions, fed by the same food, hurt by the same weapons, as an unlabeled child? If you prick us do we not bleed? If you poison us do we not die?

How can children at JRC be tortured in this land of the free? Why does this happen? Because when people are labeled with disabilities, and esp. psychiatric disabilities, they are no longer under Anglo-American Law. Instead, we are under medical law, which is based on the premise that we who have been medically labeled are governed by medical law under which procedures that would be defined as cruel and unusual punishment and torture under civil law can be redefined by a doctor as therapeutic treatment under Medical Law.

I am on the board of a National Coalition of Persons Labeled with Mental Illness. We are calling for an end to all the torture in the name of treatment carried out at JRC and at all facilities for persons with intellectual and psychiatric disabilities. We call for persons with disabilities to be covered by the Bill of Rights of our Constitution just like other citizens of this great democracy. If there is no way for those of those with lived experience of being labeled mentally ill being covered by our Constitution, we need another amendment to our constitution. The bill of rights for persons labeled with mental illness and other conditions, which interfere with their capacity to enter into contracts. 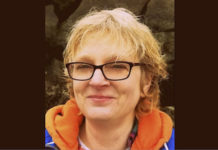