This series of posts is intended to illustrate how a straightforward, common-sense idea: guaranteeing the simple pleasures of fresh air and access to nature to those in inpatient and residential psychiatric/mental health facilities – has repeatedly fallen victim to a system that fails to change from within.

Lack of common sense, outdated thinking, and “business as usual” politics has led to systemic, repeated failure in regard to rights protection. Fresh air isn’t the only rights issue we face – far from it – but the issue reflects many universal truths about the state of human rights in mental health, how we (peers/survivors) are seen by the world, and the failure of those in power to protect our rights.

Every human being yearns to be outside; it’s a basic part of life. When we seek solace, we go to nature. We go to the beach to swim and surf, climb mountains and ski them in winter, and take to the rivers, lakes and streams to sail and fish. “Taking a walk” and “getting some fresh air” are common terms in our vernacular to describe seeking refuge, and expressions like “cabin fever” describe the profound isolation of being shut inside.

The weather is the most common topic we discuss with other people. Small talk? Perhaps. But there’s a profound truth to it. We talk about the weather because it’s one of few things we all share. It’s far bigger than us; the ultimate shared experience. Taking away access to weather robs us of this critical shared experience that keep us well. Nature is at the core of almost every major spiritual tradition and practice, and a major part of our spiritual being.

In 1984, the biologist E.O. Wilson coined the term “Biophilia”1 to describe the deep, instinctual connection we all have with nature. It doesn’t really need a formal definition, though – we are of nature and yearn for it.

Even the simple act of playing has been taken away from children…something that should be spontaneous and free is now being rigidly planned…When does a kid ever get to sit in the yard with a stick anymore? Do today’s kids even know what a stick is?

A remarkable movement has caught the public eye in the last several years. Led by journalist and child advocate Richard Louv, the “New Nature Movement” continues to explode into popularity. As described in Louv’s landmark book “Last Child in the Woods: Saving Our Children from Nature-Deficit Disorder,”2 its core thesis is that modern society (especially children) is suffering the consequences of a “plugged in” lifestyle that’s becoming more and more sheltered and increasingly spent inside – a condition he calls “Nature-Deficit Disorder.” Kids are more sedentary, which leads them towards depression and isolation. It also makes them prone to physical problems such as obesity. Louv believes children and adults suffer from a deficit of “Vitamin N.” And indeed, a flood of scientific studies prove, beyond any doubt, that access to the outdoors has dramatic effects on the psyche.

In 1984, Roger Ulrich, a professor of Landscape Architecture and Urban Planning at TexasA&M University, conducted a landmark study.3 Ulrich examined the records of patients who were recovering from common gall bladder surgery. He divided them into two categories: those whose hospital room windows faced a brick wall and whose rooms had views of trees. The results were dramatic:

An entire field of practice and study, called “Ecotherapy,” has grown around these ideas. In 2007, the UK Mental Health group MIND published another landmark series of studies4 on ecotherapy.

One of the MIND studies compared how people felt after a half-hour walk in the outdoors to those who walked a half-hour in a large indoor mall. The results4 speak for themselves:

In all, 94% of those polled said “green exercise” benefitted their mental health. It’s interesting to note that while awareness of nature’s healing power is well-understood in other countries, the United States lags behind.

Dr. Frances (Ming) Kuo, a leading expert on the relationship between psychology and nature, has extensively studied residents of inner-city housing projects, with equally dramatic results. Her and her colleagues’ studies compared people living in areas with lots of plants and trees (“green” spaces) with those living in barren “hardscapes” (with little vegetation and lots of concrete and asphalt). Among other findings:

You’d think that all this evidence, plus the weight of common sense, would make advocating for fresh air an easy sell – but think again…

The “Fresh Air” movement in Massachusetts

Over the years, legal challenges have been raised around lack of fresh air in Massachusetts and beyond.

Public-interest law firms in Massachusetts, including the Center for Public Representation, pushed hard in the early 1990s for outdoor access at two State-run facilities. Attorneys in New York State filed Jean D. vs. Cuomo,9 a major Federal lawsuit, in 1993. This was a class-action suit on behalf of dozens of people residing at eight State psychiatric hospitals in New York. They had not been granted outdoor access for weeks and months at a time. The case was settled, resulting in successful implementation of fresh air policies at at least two hospitals.

Several states have statutes and/or regulations that specifically address the right to fresh air in inpatient mental health settings. Pioneers in health care and design such as Florence Nightingale and Frederick Law Olmsted (designer of Central Park) spoke emphatically about the importance of fresh air in healing settings. From the former’s landmark book “Notes on Nursing”:

The very first canon of nursing, the first and the last thing upon which a nurse’s attention must be fixed…is this: TO KEEP THE AIR HE BREATHES AS PURE AS THE EXTERNAL AIR, WITHOUT CHILLING HIM.10

I was hospitalized 11 times at inpatient psych units between 1989 and 2002. Each time, I was allowed access to fresh air and the outdoors. Around 2003, I discovered that a nearby hospital I had recently been a patient at had abruptly stopped letting inpatient psych patients outside. I couldn’t imagine being stuck on that cramped, claustrophobic unit without fresh air. I decided to look more closely into the issue, beginning an advocacy project that has continued since, at grassroots and legislative levels.

More recent survey work indicates that this number has increased almost fourfold since then. Right now, I estimate that a total of 40 Mass. hospitals don’t allow access of any kind. This number means that app. 1,100 people (the number of beds in their units) are not allowed outside at any point during their stays.11, 12

There are many policies and laws in place calling for all people to be free to live with dignity, in environments as least restrictive as possible.

No otherwise qualified individual with a disability…shall, solely by reason of her or his disability, be excluded from the participation in, be denied the benefits of, or be subjected to discrimination under any program or activity.13

I often point out that prison inmates in Massachusetts and most States – even at “Supermax” facilities – are guaranteed, by law, outdoor time each day.14 (This isn’t a value judgment on prison inmates or the prison system; rather, it speaks of a larger truth: we are seen to be less worthy of this basic right than those society deems deserving of punishment for criminal acts).

Looking back at the history of psychiatric hospitals, there’s no doubt that countless horrific abuses have happened – and still do. But it bears remembering that for a brief period in early-19th Century America trends, “treatment” of the ‘mentally ill’ shifted to a remarkably enlightened model. Started by the Quakers in Great Britain, “moral treatment” stressed the view that patients should be considered as “brethren” – human beings worthy of equality and respect. Their institutions provided patients with ample access to fresh air, clean dress, recreational and educational opportunities, and good food. And a surprisingly large number of “brethren” went on to live full lives, without further institutionalization.

In Anatomy of an Epidemic, Robert Whitaker quotes a popular mid-19th – Century book on health written by a Scottish doctor, William Buchan:

“The patient ought to take as much exercise in the open air as he can bear…A plan of this kind…is a much more rational method of cure, than confining the patient within doors, and plying him with medicines.”16

Yet today, nearly 200 years later, we are seeing exactly the opposite – more confinement and more overuse of medication!

As part of our State House defense of fresh air, we referred to “moral treatment.” The opponents of the proposed “fresh air” bill (hospital lobbyists) responded with:

“It is easy to romanticize a nineteenth century institution in a bucolic setting…this is hardly the model we should seek to emulate.”17

This comment misses the point entirely; no one wants to emulate the distant past – but it’s unquestionable that institutions have forgotten what truly heals.

Coming up in Part Two: the legislative effort to make “fresh air” a right – the obstacles it has faced from the hospital industry and lobbyists; the failure of public policy to stand up for our rights; the (substantial) influence of money, corporate power and political donations; and the “status quo” mentality that keeps peer/survivors disempowered and allows rights violations to continue unchecked.

10Nightingale, Florence. Notes on Nursing: What it is, and What it is not. New York City: D. Appleton and Company, 1860. UPenn Digital Library, “A Celebration of Women Writers.” Web. <http://digital.library.upenn.edu/women/nightingale/nursing/nursing.html> 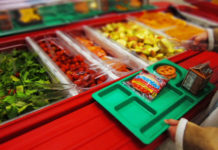