Here in Minnesota, the general perception is that our state university is untouchable.  No matter what kind of wrongdoing local reporters uncover, no matter how outrageous the scandal – fraud, corruption, even deaths – it makes no real difference to the institution itself. University of Minnesota functionaries just keep steering the institution along the same destructive path, like an armored military vehicle, indifferent to the damage they are causing.

Nowhere has this indifference been more evident than in the way the university has handled the scandal surrounding the suicide of Dan Markingson, a young man under a civil commitment order who nearly decapitated himself in 2004, after being pressured to sign up for an industry-sponsored study of antipsychotic drugs.  For nearly five years, the University of Minnesota has refused to investigate or even comment on the substantive issues involved in the case, instead deploying a variety of means to punish and intimidate its critics.

Last week, however, there was a glimmer of hope, when the faculty of the university decided to take matters into its own hands. Responding to a letter signed by 175 scholars at other universities, the University of Minnesota Faculty Senate voted to pass a “Resolution on the Matter of the Markingson Case” calling for an independent, external inquiry into medical research at the university.  Nobody expected this astonishing outcome.  Afterwards there were toasts, celebrations, and congratulations.  At 67-23, the vote was not even close.

But it didn’t take long for the university administration to shut down those celebrations. First came a television interview immediately following the Faculty Senate resolution, in which President Eric Kaler hinted that he planned to pick the members of the so-called “independent” inquiry panel himself.  Several days later came this exchange in the campus newspaper, The Minnesota Daily:

Q. The Faculty Senate just passed its resolution to create an independent, external panel to investigate how the institution conducts clinical research on human subjects. What do you think of the most recent developments in the Dan Markingson case?

A. I’m a big believer in shared governance, and so I’m willing to take the advice of the Senate and the panel … I think they will find that our review processes are robust and that we do, in fact, protect patients in clinical trials, but there’s been concern raised in how we do that, and so our goal is to air out clearly and very publicly what we do and have a panel of external experts validate that and be sure we are doing this absolutely as well as can be done.

Q. This is something that began before you were president. What do you see as your role?

A. My role is to look forward, and as I said, that will be the charge of the panel.

Let’s just make sure we have this right.  The Faculty Senate receives a letter from over 175 leading scholars from institutions all over the world requesting an independent investigation into the Markingson case.  By an overwhelming margin, the Senate responds by passing a resolution titled “On the Matter of the Markingson Case.”  Then the president of the university says that he will hand-pick an inquiry panel which will not examine the Markingson case? By what deranged stretch of logic could this possibly be seen as an adequate response?

If Kaler intended to make the University of Minnesota look guilty, he could not have come up with a better plan.  A university with nothing to hide would have nothing to fear from an independent investigation.  At the Faculty Senate meeting, senator after senator stepped to the microphone and spoke of the need to remove the cloud of suspicion that hangs over the university.  Even faculty members who believed there had been no wrongdoing in the Markingson case spoke in favor of an investigation — simply because they believed that an investigation would clear the university’s name.

This obstructiveness was no surprise to many of us.  Last spring Kaler made his position on an investigation clear in a letter to Leigh Turner, a professor in the Center for Bioethics. But as many others have pointed out, it is not just the questionable conduct of psychiatric researchers that is at issue.  It is also the behavior of the university administrators who have stonewalled any efforts to get answers.

So the pressure to investigate will have to come from elsewhere. On December 5, Mike Howard delivered a petition to Minnesota Governor Mark Dayton, asking him to appoint a panel to investigate the Markingson case. If Dayton says yes, let’s hope that he makes the behavior of the university administration a central focus of the investigation. 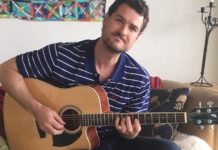