The title of Edward Herman and Noam Chomsky’s book Manufacturing Consent derives from presidential advisor and journalist Walter Lippmann’s phrase “the manufacture of consent” — a necessity for Lippmann, who believed that the general public is incompetent in discerning what’s truly best for them, and so their opinion must be molded by a benevolent elite who do know what’s best for them.

Starting in the 1990s — despite research findings that levels of the neurotransmitter serotonin were unrelated to depression — Americans began to be exposed to highly effective television commercials for antidepressants that portrayed depression as being caused by a “chemical imbalance” of low levels of serotonin, and which could be treated with “chemically balancing” antidepressants such as Prozac, Zoloft, Paxil, and other selective serotonin reuptake inhibitors (SSRIs).

In January 2012, National Public Radio correspondent Alix Spiegel began her piece with the following personal story about being prescribed Prozac when she was a teenager:

When I was 17 years old, I got so depressed that what felt like an enormous black hole appeared in my chest. Everywhere I went, the black hole went too. So to address the black-hole issue, my parents took me to a psychiatrist at Johns Hopkins Hospital. She did an evaluation and then told me this story: “The problem with you, she explained, “is that you have a chemical imbalance. It’s biological, just like diabetes, but it’s in your brain. This chemical in your brain called serotonin is too, too low. There’s not enough of it, and that’s what’s causing the chemical imbalance. We need to give you medication to correct that.” Then she handed my mother a prescription for Prozac.

This chemical imbalance story, countlessly repeated on antidepressant commercials and by psychiatrists from prestigious institutions, has been so effective that it comes as a surprise to many Americans — including Alix Spiegel — to discover that the psychiatric establishment now claims that it has always known that this theory was not true – an “urban legend” – the term used by Ronald Pies, Editor-in-Chief Emeritus of the Psychiatric Times. As Pies stated in 2011, “In truth, the ‘chemical imbalance’ notion was always a kind of urban legend — never a theory seriously propounded by well-informed psychiatrists.”

Truly well-informed psychiatrists have long known that research showed that low serotonin (or other neurotransmitter) levels were not the cause of depression. The American Medical Association Essential Guide to Depression stated in 1998: “The link between low levels of serotonin and depressive illness is unclear, as some depressed people have too much serotonin.” But the vast majority of Americans—who didn’t read this textbook—never heard this.

Editor-in-Chief Emeritus of the Psychiatric Times Ronald Pies, a staunch defender of psychiatry and the American Psychiatric Association, believes that the APA fulfilled its obligation to inform the general public of the truth with a 2005 statement for the general public about depression that begins: “The exact causes of mental disorders are unknown, but an explosive growth of research has brought us closer to the answers.” But how many Americans read APA statements? And even if they had read that statement, they would not necessarily have come to the conclusion that the chemical imbalance theory was fiction and that drug commercials were deceptive. Even Pies admitted on April 15, 2014, “But still, shouldn’t psychiatrists in positions of influence have made greater efforts to knock down the chemical imbalance hypothesis, and to present a more sophisticated understanding of mental illness to the general public? Probably so.”

Thomas Insel, director of the National Institute of Mental Health (NIMH), in recent years has been increasingly critical of some of psychiatry’s theories and practices. In a February 25, 2007 interview with Newsweek, Insel did more explicitly tell the American people the truth that depression is not caused by low levels of the neurotransmitters serotonin or norepinephrine. However, he did not proclaim that drug commercials’ depiction of the cause of depression was patently false.

Given the drug commercial propaganda onslaught, for the American people to become aware of the truth, psychiatrists in positions of influence would have had to zealously publicize that the research had rejected the chemical imbalance theory, and they would have had to use the mass media to proclaim that the drug commercials are false. That never occurred. Why? NPR correspondent Alix Spiegel, as part of her January 2012 story, also interviewed several well-informed psychiatrists in positions of influence, and we get a clue as to the reason.

Alan Frazer, professor of pharmacology and psychiatry and chairman of the pharmacology department at the University of Texas Health Sciences Center, told NPR that by framing depression as a deficiency — something that needed to be returned to normal — patients felt more comfortable taking antidepressants. Frazer told NPR, “If there was this biological reason for them being depressed, some deficiency that the drug was correcting, then taking a drug was OK.” For Frazer, the story that depressed people have a chemical imbalance and that the antidepressant is correcting that imbalance is a story that has enabled many people to come out of the closet about being depressed.

And even Pedro Delgado, whose research helped debunk the serotonin deficiency theory of depression, agreed with Frazer that the fiction of the chemical imbalance theory has benefits. Delgado pointed to research showing that uncertainty itself can be harmful to people; and so simple and clear explanations, regardless of how inaccurate, can for Delgado be more helpful than complex truthful explanations.

SSRIs skyrocketed despite research which showed that SSRIs such as Prozac, Paxil, and Zolfot were not any more effective in reducing depression than the older tricyclic antidepressants such as Elavil. While for some antidepressant users, SSRIs had fewer adverse effects than the tricyclics, for many others, the adverse effects were just different and sometimes even worse (for example, the Food and Drug Administration forced SSRI manufactures to label SSRIs with “black box warnings” stating that SSRIs were shown to cause increased suicidality in patients under the age of 25). While SSRIs are neither more effective nor safer than the older tricylics, what is different is that tricyclics had never been marketed as correcting a chemical brain imbalance.

The chemical imbalance theory of mental illness has made Big Pharma billions of dollars by making it easier to sell SSRIs and other psychiatric drugs, and Big Pharma spread some of that money around to their favorite psychiatrists. And some well-informed psychiatrists in positions of influence, while not on Big Pharma’s payroll, have maintained the biochemical imbalance theory of mental illness to manufacture consent, because these psychiatrists have believed that it was in their patients’ best interest — making it easier for them to accept their depression and take their medication. 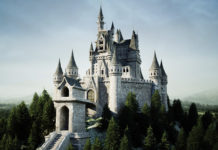 Pies’ Polemic and the Question of Theories in Psychiatry, Again 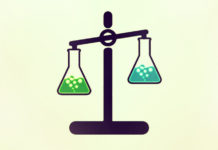