Note: This post originally appeared on August 18, 2014 on dxsummit.org.

On August 5 and 6, 2014, a group of roughly twenty persons met in Washington, DC for the First Summit on Diagnostic Alternatives. The gathering consisted mostly of psychologists, but social work, counseling, and marriage and family therapy perspectives were also represented. The topic at hand was whether or not to push ahead with developing alternatives to the Diagnostic and Statistical Manual of Mental Disorders (DSM) that could supplement or—in some settings—replace it as a way to understand human distress.

Summit participants readily agreed that the DSM relies too heavily on medical semantics. By seeing human suffering as a function of broken brains, the DSM overlooks the complex and mutually determining interplay of psychological, socio-cultural, contextual, and biological factors in producing it. While the DSM does not completely ignore psycho-social factors, it typically sees them as extraneous variables that influence, but are distinct from, the presumed primary cause of emotional suffering: a dysfunction inside the individual.

The tendency for diagnostic systems to privilege internal dysfunction at the expense of psycho-social and contextual factors is not unique to the DSM. At this year’s American Psychological Association convention (which directly followed the summit in DC), there was much talk about shifting from the DSM to the World Health Organization’s International Classification of Diseases (ICD). To wit, APA is even selling a primer on how psychologists can use the ICD-10. However, moving from the DSM to the ICD isn’t much of a shift because both manuals are conceptually similar, right down to sharing the same diagnostic codes. Both attribute distress to categorical disorders people have and, in doing so, gloss over psycho-social factors. Put another way, the DSM and ICD are merely variations on a theme.

The other alternative generating buzz at this year’s APA convention was the Research Domain Criteria (RDoC) initiative. RDoC’s alluring but grandiose mandate is to build a biologically-based diagnostic system of mental disorders from the ground up by identifying brain mechanisms, tracing their functions, and cataloging the behavioral domains they appear to be affecting. The goal is to root diagnostic categories in biological etiology. RDoC is grounded on the presumption that human distress is explicable primarily in terms of biological (usually brain) dysfunction. Unfortunately, its goal of building a taxonomy of human suffering tied entirely to measurable physiological indices may turn out to be a fool’s errand (Kirmayer & Crafa, 2014); even its adherents readily admit that their proposed system is years away because the biological knowledge necessary to generate such a system is nowhere near at hand (Grohol, 2013). In its biological idealism, RDoC is even more extreme than DSM or ICD in framing psychological and social-contextual factors as ancillary at best. Where does this leave psychologists, counselors, marriage and family therapists, social workers, and any other helping professionals who do not see their role as diagnosing and treating diseases, but instead as understanding and remediating psycho-socially embedded problems in living? If we are to develop an alternative system for these professionals, what might it look like? Summit attendees in DC decided the time is now to take up such a task. While we might applaud such an alternative, developing it—much less ensuring its success—is admittedly a very challenging task. Here are a few elements that such a system would likely need to include if it is to stand a chance of catching on:

a) generate a system that is not bound to any particular theoretical orientation other than one that sees all forms of counseling and psychotherapy as means of using conversation and relational engagement to help clients address their presenting concerns;

b) build a system that involves all relevant constituencies and professions in the process of its creation; this means not just involving representatives of the various helping professions, but also guaranteeing a seat at the table for consumers of services and insurers who cover services;

c) include a practical way for clinicians to code concerns that people bring to the consulting room and provide evidence that we can effectively help people with these concerns, so that insurers see what is being offered as empirically-supported and in their financial interest to cover.

Attendees at the summit in DC were both excited and cautious about the move to develop diagnostic alternatives. It is, admittedly, a daunting task. Yet if it is to ever occur, we must start somewhere. I welcome further thoughts on elements necessary to a successful effort. 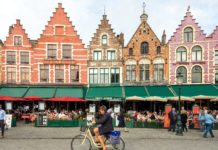