A shock wave hit American psychology this past July when news surfaced in the New York Times that the American Psychological Association (APA) “engaged in activity that would constitute collusion with the Bush administration to promote, support or facilitate the use of “enhanced” interrogation techniques by the United States in the war on terror.”

This was the conclusion of the “Independent Review Relating to APA’s Ethic Guidelines, National Security Interrogations, and Torture” (known as the Hoffman Report, named for the lead author, attorney David Hoffman). Over 200 articles in the press covered the story including the sordid details of a decade-long cover-up by the APA—how it changed its ethical guidelines to support the administration, ignored the vote of its membership to prohibit psychologists’ involvement in such interrogations, and publically smeared those members who exposed the collusion year after year.

The APA quickly responded. At its annual convention held in Toronto the next month, the APA Council of Representatives did the right thing and voted to bar psychologists from participating in national security interrogations. There were lots of mea culpas, praise for the whistleblowers, and vows of future transparency and “never again.”

I was at the annual convention. I attended the Town Hall meeting after the vote. There were several hundred people there (as many as the room could hold) and for over two hours people came to the mike and shared their opinions, experiences and emotional responses and asked questions of the meeting presiders (a past and the future 2016 APA presidents). The prevailing sentiment was that this was a horrible stain on the association and the profession of psychology, an aberration from its proud history, and that lots and lots of changes would have to take place in order for the APA to regain the trust of its members and the public.

After the first hour or so, members—graduate students and younger PhDs—raised the historical context of this scandal. One brought up race and the torture and abuse that African Americans are subject to every day. Another asked why they weren’t addressing the abuse done to those who have been tortured and to Muslims. Others noted the APA’s long-time cooperation with the military as shady at best. Another disagreed that APA and psychology has done so much good in the world and began to list ways it had done—and continues to do—harm.

In many other sessions I attended, speakers and audience made reference to the Hoffman Report, the Council’s vote, and APA ethics more broadly. While everyone applauded the Council’s vote, the philosophically and politically oriented psychologists placed the scandal and their response to it in a broader context. Those who knew the history of psychology were not surprised. Those who are critics of, or creators of alternatives to, the mainstream made connections between psychology’s underlying philosophical presuppositions and political motivations. Was psychology—in its totality—immoral? I was especially pleased to hear speakers call for a profession-wide examination of the “epistemological and material” violence that psychology inflicts on masses of people—by its insistence that everything it does is science, its absurdly narrow view of personhood, its reductionist methods, its refusal to look at its history, and its arrogant claim to be knowers and truthtellers.

This is an excerpt from Chapter 6. “Psychology Made its Bed and We’re the Ones who Have to Lie in It” http://loisholzman.org/2015/08/the-overweight-brain-chapter-6/
in my forthcoming book, The Overweight Brain: How Our Obsession with Knowing Keeps Us from Getting Smart Enough to Make a Better World. Visit loisholzman.org for more excerpts. 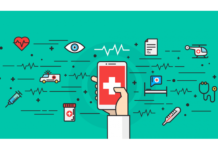