A new study on the depression symptoms of over three-thousand patients challenges the criteria used for diagnosing major depression with the latest Diagnostic and Statistical Manual (DSM-5). Current diagnostic systems are based on an assumption that the symptoms of depression point to a common underlying “illness,” but research suggests that this framework may be outdated and oversimplified.

“We need to stop thinking of depression as a disease that causes a number of interchangeable symptoms,” lead author Dr. Eiko Fried told Medical Press. “Depression is a complex, extremely heterogeneous system of interacting symptoms. And some of these symptoms may be far more important than others”. 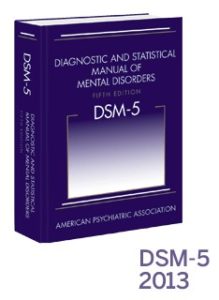 When assessing major depression in a patient, doctors using the DSM-5 rely on nine symptoms.. These criteria leave out several other symptoms that appear in standard depression scales, like the feelings of punishment that appears in the Beck Depression Inventory (BDI) for example. Moreover, the DSM-5 field trials reveal that the major depression diagnosis is one of the least reliable diagnoses in practice, meaning that the diagnosis is not able to be applied consistently by various doctors in different settings.

Fried and his colleagues are attempting to think about depression through a new perspective, seeing it as a web of interrelated and causally connected symptoms that reinforce one another in “highly stable networks—that are hard to escape.” “For instance, insomnia may lead to fatigue, which in turn may cause concentration problems that feed back into insomnia.”

Using this perspective, they set out to identify the “centrality” of various symptoms associated with depression. They use social networks to explain how “centrality” works:

“If a celebrity or major newspaper shares news on Twitter, the information will likely spread quickly and widely through the social network; a peripheral person with very few connections is much less likely to impact on the network. For depression, the activation of a highly central symptom means that impulses will spread through the network and activate a large number of other symptoms, whereas a peripheral symptom is less relevant from a dynamic systems perspective because it has few means to influence the network.”

The idea of “centrality” runs counter to current diagnostic criteria. For instance, the DSM-5 recommends a diagnosis of major depression if a patient exhibits five or more of the nine symptoms, as long as at least one of those is either “depressed mood” or “diminished interest.” In this model, how many symptoms a patient exhibits matters more than how “central” or significant the individual symptoms are.

To analyze the centrality of depression-related symptoms, Fried and his team of researchers reanalyzed the data set from the NIH-supported Sequenced Treatment Alternatives to Relieve Depression (STAR*D) study. They evaluated twenty-eight different symptoms reported by participants with depression and analyzed their connections.  The result was an interconnected network of symptoms grouped together into several “nodes.” Interestingly, the symptoms that the DSM uses as criteria for major depression were no more central than non-DSM symptoms.

“This implies that the symptoms featured in the DSM-5 are no more appropriate as indicators of depression than non-DSM symptoms and that particular symptoms (both DSM and non-DSM symptoms) may hold special clinical significance,” they wrote.

In their conclusion the authors challenge the integrity of the DSM criteria and assert that “particular symptoms are featured in the DSM seem to be based more on history than evidence,” but they caution that the study “should not be misunderstood as critique of the DSM that already has taken a heavy beating in the last years.” Instead, they write, their goal “is to encourage researchers and clinicians to start thinking about the importance of individual symptoms and their associations, and move beyond the specific symptoms listed in the DSM.”

“Depression is not like, say, measles. When you have measles, your symptoms help the doctor figure out what underlying disease you have. But once you are diagnosed, it doesn’t really matter which of the possible symptoms you did or didn’t get. Treating the disease itself makes all your symptoms disappear. Depression is more complicated. It is not an infection or a specific brain disease. There is no easy cure, no drug that makes all symptoms go away. Instead, we may want to focus treatment efforts on the symptoms driving a patient’s depression”.