What I wanted was my own place to live. But when I came here, they told me: ‘We are a consumer run program, would you like to join us?’  I said yes, but I had no idea what I was in for. [the words of a Dutch participant]

Self-managed programs are often part of a larger regular organization, but the programs have a high, although varying, level of autonomy. In most programs, a social workers is hired by the participants in the program, as a supporter and facilitator, encouraging from the backseat. They do not have a formal say in decisions so can only influence through dialogue and relations. Social workers describe themselves as ‘safeguard’ of the core values of the self-managed program. These values include:

In the words of a social worker:

I alone cannot decide what self-management is and how it should be maintained, that is something we do together. I do think I am someone who initiates and stimulates processes to get things moving, so that people and the organization can grow.

For the last six years we, a group of researchers, social work students, peer experts, and social professionals associated with the Amsterdam University for Applied Sciences, have been studying and facilitating the development of self-managed programs in homelessness and mental health care in the Netherlands. With our research we want to contribute to the development of new and existing programs through critical reflection. During our research it was very inspiring to learn from the experiences of American peer respites. With this blog, I hope to share some of our findings, to give back to the respites from which we learned so much.  I’ll shortly describe how we have done our research and what our theoretical framework is, after which I’ll focus on some of the core issues that we defined. I’m very interested to know how the outcomes of our research relate to the experiences of American initiatives.

Using qualitative methods we studied several programs, mainly three programs. The first is a participant run homeless shelter, where sixteen people who are homeless manage their own housing while working on getting a house and getting ready for a house (financial and otherwise). In the second program a group of peer workers who used to be homeless themselves manage an emergency shelter for six young people who are homeless and are waiting or looking for a more permanent solution. The third program is a care hotel (somewhat similar to a peer respite house), managed by peer workers, where guests can stay for up to two weeks for a holiday or to have a time-out. Participants of the care hotel are volunteers who do not stay in the hotel themselves, but who use the care hotel as a place to work on their recovery through participation and who contribute to housekeeping, cooking, reception, etc. We focused on the inner workings of the programs and how different stakeholders (participants, peer workers, social workers, managers) experienced their roles. We compared the experiences of the different programs, with one another and with similar programs in the Netherlands and abroad.

After finishing the subprojects, we analyzed the outcomes, building on earlier research into self-managed programs and the concepts of institutionalization and empowerment. There is very little research known (to us) about residential participant/peer-run programs, although there is some research done on peer respites. More is known about drop-in programs and similar programs. Participating in these type of programs can contribute to the recovery and empowerment of those involved. However, there might be a difference between programs where all the participants are equally participating and have an equal say in the management (participant run) and those where a more hierarchical model is used, and mostly peers are in charge. On the basis of our analyses we defined several core issues of self-managed programs, which I’ll describe here:

Self-managed programs are part of the recovery paradigm, which includes a different view on conflicts and vulnerability, with less focus on individual problems and more focus on collective solutions and more on restoring relations between participants instead of excluding participants. This alternative view is not easy to bring into practice. Participants find it hard to trust one another and talk about issues in a group setting. The distrust of one individual is amplified by the distrust of another participant. One of the social workers describes an incident where one of the participants overcame his insecurity and shared his feelings with the groups. The reactions however were quite negative, oddly enough most strongly from those who have similar feelings, but who were probably overcompensating. The result is that both for the participant who shared and all the other participants, it became much harder to share. It is quite difficult to create a safe environment, especially in larger groups, and to be open about insecurities and other negative feelings. To be open is needed to contribute to the individual and collective recovery processes. When it comes to conflicts, a peer worker tells: sometimes two participants are arguing and they want an authority figure to resolve the conflict. People don’t want conflicts and are less inclined to confront each other. Incidents build up and then there is an explosion. Participants, like most people, tend to avoid conflict and ignore the issue or focus on exclusion of those that are (blamed for) causing the conflict, instead of using the conflict as a starting point for a discussion from which all involved can learn.

Many of the initiatives we studied are more peer-run than participant managed, which influences the power relations and the level of involvement of participants. Even in participant managed programs, we see that there are often two groups: one (small) group doing the actual management of the program and the other group having a role that is somewhat similar to that of a client in a regular program, not involved with the management and mostly focused on his individual situation. We see that many peer supporters adopt hierarchical leadership models, which limits the empowerment of other participants. Nevertheless, the ‘followers’ still are staying in a place with a lot of individual freedom (in comparison to regular programs) and can enjoy the company of peers. Being peer-run makes the program also more suited for people who are only staying a short time or who are (temporarily) not able to contribute to a collective process, although everyone can of course contribute a little. The experience of empowerment, role taking, etc. is limited for those not involved in the collective process. As a consequence of the split between leaders and followers, the collaborative learning process can be marginalized. A social worker shares her experiences:  a sort of traditional structure has arisen, where the management group [consisting of coordinating peer workers, MH] has actually become the boss, while the voice of other participants has become very silent. In this process, the collective aspect of self-management got lost. People are focused on their individual situation, the shared responsibility, involvement and ownership is on a low point.

To facilitate involvement of participants, peer workers have to shift from focusing on their own recovery to an emphasis on the healing of others. Shifting the power from professionals to participants and peer workers is only the first half of the transition, if self-managed programs want to live up to their potential for collective empowerment.

One of the reasons that programs can develop from an equal structure into a hierarchical structure is the conflict between individual and group interests, also known as the tragedy of the commons. One of the peer workers mentions: shared responsibility in practice leads to participants taking no responsibility, they become apathetic. Everyone shoves his responsibilities on to the next one. Only a few are pulling their weight, while other lay back and do nothing. Participants are generally focused on the issues in their own lives and in many cases have trust issues when it comes to working together. Programs can get caught up in a negative spiral of ‘if he doesn’t do it, I won’t do it either’. One of the reactions to this negative spiral is to form a governing structure (creating rules and the management group I mentioned), making sure everyone does and gets his equal share. Alternatively, programs can emphasize that actively contributing to the collective is actually in your own interest, because you learn skills and develop self-worth and social roles. Former participants sharing how they benefited from contributing is a great way to do this. Being clearer to people that it is expected of them to participate (to their ability of course) and showing that it is not accepted to be a free-rider, can help as well.

The self-managed programs offer participants the possibility to work on recovery in their own way, as seen in statements by participants like: because you can really work on yourselves here, they treat me like a normal person, without prejudice or now you can live your own life. However this freedom also creates the possibility to do nothing, especially in programs with a strong divide between leaders and followers. There is quite some discussion as to whether participants should be ‘forced’ to work on their recovery. One peer worker is convinced that self-managed programs inevitably lead to recovery:because the program is a learning environment where people can repeat their mistakes without being punished, you see that people start to learn from their mistakes. Participants get the time to learn. By offering them the freedom to work on issues in their own way, they take back the control over their life that they had lost. After some period of apathy, people start becoming active, because they realize: if I don’t do something, nothing will happen. According to this peer worker, there is a limited need for interventions, because participants will work on their recovery in their own way and in their own time.

Possible interventions are: developing a more structured approach to the recovery process (via for instance WRAP), limiting the time someone can stay (looking for the optimal ‘dose-response’ relation) or creating a physical environment that is pleasant to stay in, but still makes you want to move on (for instance very small private rooms).  These interventions can limit the space for individual and unique processes although it might also help people who need a push.

This blog is a contribution to the Live & Learn Initiative. To see all of the Mad in America blogs for this Initiative click here. 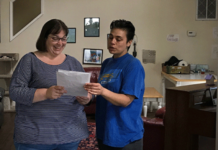 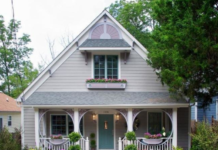 On the Corner of Distress & Poverty: What Happens to Our Minds When There is No Going Home