In October of 2015, Jeffrey Lacasse and Jonathan Leo published an article in The Behavior Therapist about the Chemical Imbalance Theory of Depression. In the article we criticized Dr. Pies’ characterization of the theory.  Dr. Pies was upset and immediately had Mad in America post a letter about our paper.  In his letter Dr. Pies stated,

“A detailed rejoinder to Lacasse & Leo will appear in the winter issue of “The Behavior Therapist,” where the Lacasse & Leo article originally appeared. However, I respectfully request that you run a correction on your website as soon as possible; e.g., by posting this communication. I consider this a matter that impinges on my professional reputation, and I reserve all rights in pursuit of a just resolution.”

The Behavioral Therapist recently published his letter, and Lacasse and Leo’s reply: 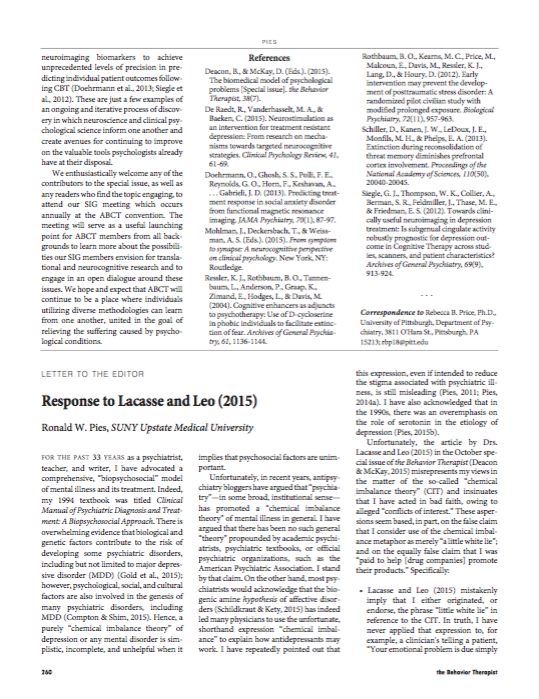 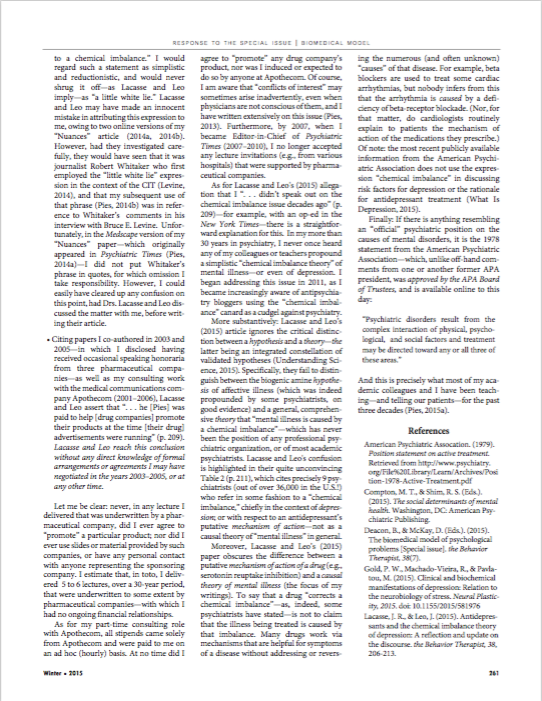 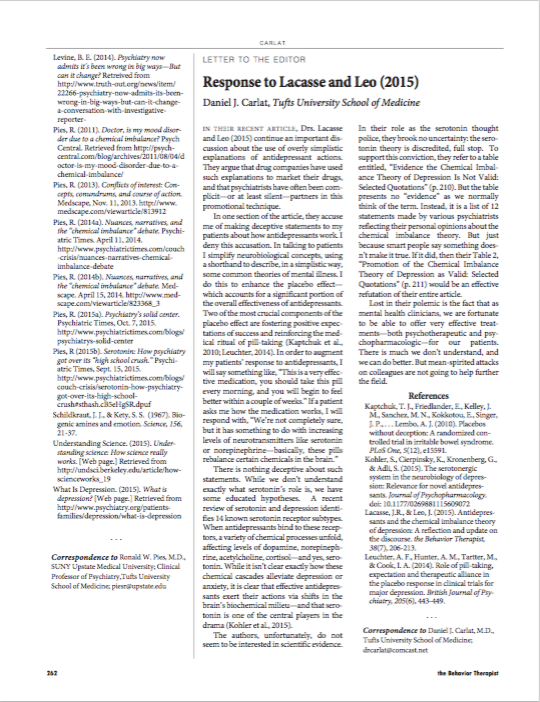 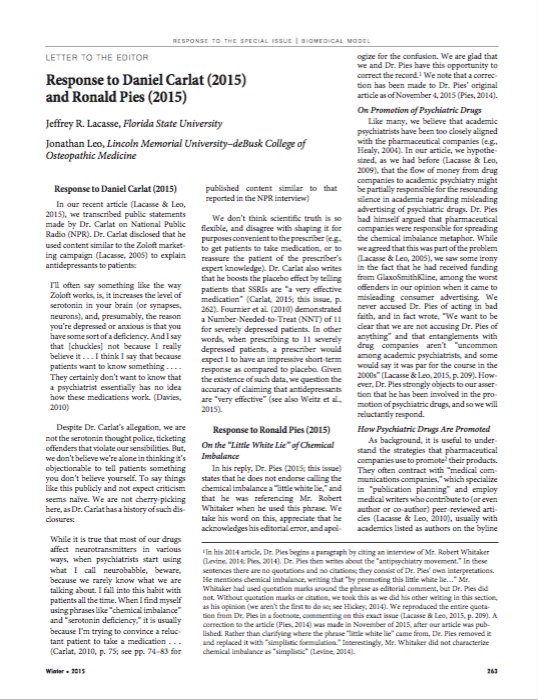 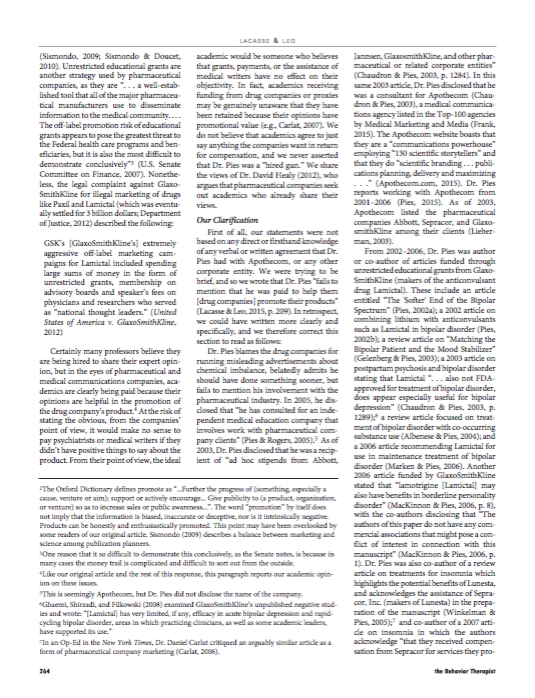 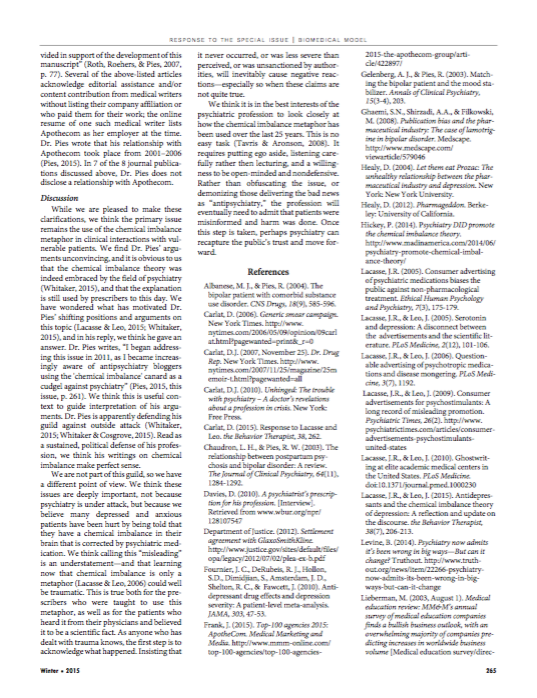 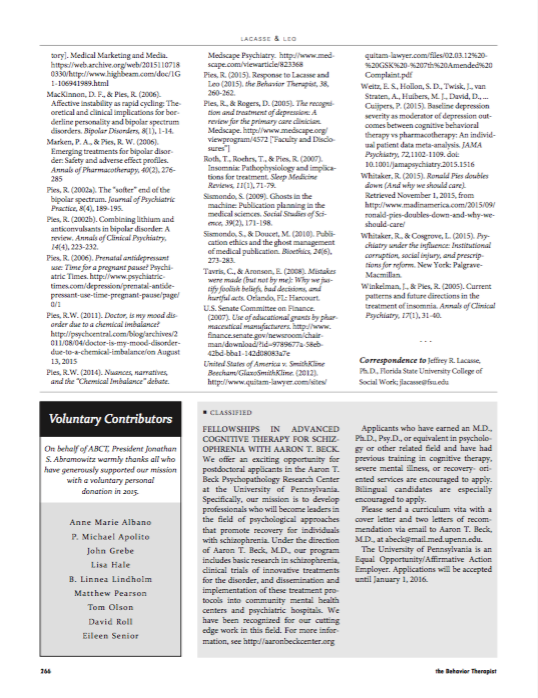