There is a reason that many of the most twisted and destructive people on this planet are not seen as “mental patients.” They tend to be ordinary or even celebrated individuals—and their brains are as “normal” as the rest of us. Does this not tell us something glaring about the inadequacy of our current diagnostic system, as well as the culture out of which it arises? We have no language for the malady that both supersedes and in many cases fuels the diagnostic categories we conventionally term psychiatric illnesses, and our reduction of them to brain abnormalities almost entirely blinds us to their deeper cause.

This cause is overridingly environmental and the product not of sickness but of unaddressed, unacknowledged fear—which leads individuals—as well as societies—to become rigid, narrow, and destructive. One of the chief areas this fear-based functioning becomes perilous is in settings, such as the legislature or community clashes where people hold great power over other people’s lives.

With this realization in mind, I developed what I call the “experiential democracy project.” The basic idea of the experiential democracy project is to supplement conventional legislative or other forms of diplomatic and moral deliberation with person-centered (“I-Thou”) principles of encounter. These principles, which derive from existential-humanistic psychology and person-centered therapy, stress the attempt to engage participants to more intimately understand each other, and through this context to more intimately understand each other’s often conflicting positions on issues of moral import.

The idea would be to support legislators, diplomats, and/ or community activists with opposing views to have an undistracted, professionally facilitated space to “meet” each other as living, breathing people. The project provides a space for people not merely to play roles or espouse politically expedient rhetoric but to help them decide some of the most important issues of our day, from going to war to divisive issues pertaining to ethnicity, religion, or class, and as a result to explore the possibilities for common ground. The experiential democracy process is one way to help address the fear and one-sidedness that so often fuels polarization, be it concerning mental health or the governance of societies.

Our legislative process is disabled. It seems that “voting one’s conscience,” a core of the democratic spirit of deliberation, has too often given way to voting to stay elected, or to appease vested interests, or to attain the “quick-fix”—and the results have been all too apparent.

As a psychologist schooled in interpersonal mediation, it was this recognition that spurred me to embark on an ambitious project two years ago:  to translate and apply contemporary existential-humanistic psychology’s awe-based principles of presence, freedom, courage, and appreciation to the legislative arena (see also Martin Buber’s idea of “I-Thou” dialogue). The core idea of this Experiential Democracy Project, as I call it, is to supplement the bureaucratically heavy legislative system with a personal or “experiential” component that should, in theory, provide a counterbalance or check to what is now a very one-sided, and too often one-dimensional process.

Experientially-based deliberation – or “experiential democracy” for short – is a “here and now,” personally oriented supplement to standardized legislative proceeding. Put another way, it is an opportunity for intensive reflection about an issue of moral import, and for the maximization of consensus through empathy. Experiential deliberation is not intended to dominate but to supplement governmental decision-making; it is an attempt to ensure integrity, both within and among deliberators. Here’s a brief overview of how an experientially-based legislative proceeding might work.

Two diversely opinionated legislators who are members of the same legislative committee would agree to participate in four facilitated confidential meetings over a one-month period, possibly accompanied by one or two legislator-observers from the same panel. In this media-free meeting, the facilitator would present the legislators with one or two morally significant, currently, active agenda items that have been agreed to in advance.

The meeting would provide a forum for mindful turn-taking in which each legislator briefly offers his or her personal and heartfelt perspective on the selected agenda item (i.e., “my side of the story”). The opposing legislator would then be asked to reflect back what she/he had just heard, and the counterpart would have a chance to correct any misunderstanding (after which the roles would be reversed). The interaction would then proceed to a deepening or elaboration of the thoughts and feelings that emerged from this process of mutual disclosure. In particular, each party would be asked to declare the important meanings or understandings that the dialogue has produced, and how or whether their opinions of the legislation have changed as a result.

Finally, each legislator would consider whether an identifiable consensus had been achieved – or what steps would be needed to achieve consensus. A recording secretary or observer would then summarize the deliberations and prepare a written report that focuses solely on conclusions about the specific agenda item and that strictly excludes the disclosure of any personal information about the thoughts or emotions expressed by either party. This report would then be brought to the entire legislative committee for general discussion and integration into further deliberative proceedings. In addition, a brief assessment at the end of the four sessions could be used to help determine the utility and viability of the proposed procedure.

It seems to me that there is a new readiness, and perhaps even a hunger, among constituents for a substantive check on the present mode of political decision-making. I believe we can foster a new dimension in the legislative deliberation process that emphasizes an in-depth, personal component in conjunction with, and as a supplement to, the conventional group deliberation that has prevailed. This would be a natural “next step” in the deepening and enrichment of the democratic process envisioned by our forebears. I, therefore, hope that experiments like this in “experiential democracy” might be tried on a small and carefully monitored scale throughout the country, with data collected and pooled to determine their effectiveness. I invite anyone who may have legislative contacts to consider whether this idea may be worth exploring with your local or national representatives.

I welcome your inquiries about this experiential democracy proposal and can be reached through my website, kirkjschneider.com.

Editor’s note: Portions of this blog were originally published in the spring of 2009 as a blog through the Psychologists for Social Responsibility website with the title: “Applying Therapeutic Methods to Legislative Deliberations: A Proposal.” 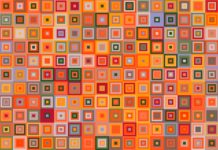 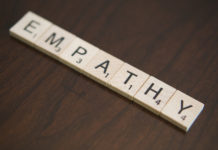