A Sydney, Australia law firm has launched a class action on behalf of people who as children and adolescents were prescribed Glaxosmithkline’s drug Paroxetine. Despite GSK-funded research that claimed the drug was safe for adolescents, the firm says, re-examination of the actual trial evidence has shown a “quite striking” rise in suicidal ideation in those taking the drug.  A spokesman for the firm notes that “none of the SSRIs is approved for the treatment of MDD [major depressive disorder] in children or adolescents in Australia, but these drugs are being used for this purpose.” 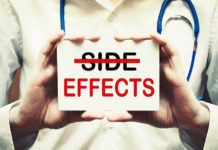 There Is No Such Thing as a Side Effect