The Truth and Reconciliation process is complex and nuanced. Its original intent is to address power imbalances, give a voice to the oppressed, and provide an opportunity for all involved to speak their truths bravely. For those who have been hurt, it is powerful to be heard by people in positions of power; and for those in power, the transformative effect is in understanding the impact of their actions by those who have been affected similarly.

A form of restorative justice, the Truth and Reconciliation process, was brought to the international community in the aftermath of apartheid in South Africa. It has been used in a wide variety of settings to achieve reconciliation in some of the world’s worst human rights abuses.

So why did we pick the format of a Truth and Reconciliation project for the receivers and givers of the mental health system? Some people believe the parallel fits perfectly: that the psychiatric system is fundamentally a system of control, oppression, and gross injustice. Other people think there are instances of harm, but the system is mostly designed to help people. Rethinking Psychiatry chose this format because, though we have differing beliefs along that continuum, we agreed that creating a space where people could speak the truth of their experiences–on all sides–is critical for everyone involved. It is our hope that the community will then use this to effect systemic change.

The idea to use Truth and Reconciliation circles for people involved with the mental health system came from one of Rethinking Psychiatry’s founding members and the founder of the M.O.M.S. Movement, Cindi Fisher. Fisher’s adult son suffered tremendous injustice and discrimination in the mental health system, and his symptoms only got worse as a result of the treatment he received. Fisher discovered that situations like her sons were all too common. Eventually, it inspired her vision for this event. Fisher then turned to members of The Icarus Project to help develop the format and flesh out the details. Icarus is a radical mental health support and activist group, and Fisher knew that this work should not be attempted without leadership from the people most affected.

A lot of thought and discussion went into planning the Truth and Reconciliation event. We knew that we were dealing with a very complex, controversial, and emotionally loaded topic. We knew it was going to be a delicate balancing act. We wanted to ensure openness, but we didn’t want anyone to feel pressured to share more than they were comfortable sharing. We wanted people to feel free to express their emotions, including anger while ensuring that the space was as respectful as possible. We wanted to allow receivers and givers of mental health services to speak their truths, but we did not want to replicate the power imbalances and oppression that are inherent in the system. And we knew that while there were people who identified as receivers and individuals who identified as givers, many there identified as both and rarely had a chance to be open as such.

Our facilitators began by leading a moving meditation exercise and a light-hearted icebreaker to help the group ease into the activity. Our facilitators also clearly explained the purpose and structure of the group before the discussion began.   Then, receivers of mental health services were invited to sit in an inner circle and share their thoughts and feelings about their experiences, while the rest of the group sat in an outer circle.   Afterward, givers of mental health services were invited into the inner circle to do the same. People who identified as both receivers and givers were welcome to join both circles.  We also made it clear from the beginning that it was all right if participants chose not to speak at all, and it was okay if members chose not to join either of the inner circles.

Information on healing from trauma usually mentions the importance of creating a “container” for painful emotions, pacing oneself, and using healthy coping strategies to avoid “flooding” (becoming overwhelmed with emotions related to the trauma). These principles were embedded in our Truth and Reconciliation process.

We were concerned that participants who experienced trauma in the psychiatric system could be triggered by hearing specific details of other people’s trauma. Besides, the time frame did not allow for lengthy sharing. Instead, we used specific questions as prompts for discussion to help participants get to the heart of what was most remarkable about their stories.

Here is a followup comment by a giver who was present (quoted with express permission):

I do think it was a healing experience, for me as a former provider as well as for many of the participants. I thought it was great for providers, some of whom were still pretty enmeshed in the medical model, to hear specifically the harm done to “patients,” especially regarding the inevitably traumatic nature of violent incarceration and enforced drugs as a means of “helping” as well as some insight into why “patients” might not be so excited about accepting their label and their intended diminished role in society as a “mental health consumer.”

I also thought it was helpful for those affected badly by the “mental health” system to hear that at least some of the providers agonized over these decisions and situations and were not unaware of the weird conflicts and bad effects of many of the standard practices in the field, and that some also were working on developing different approaches that were respectful of the needs and individuality of the participants.

And here is a comment from the closing circle from a receiver present (quoted with express permission):

“Providers need healing too. Receivers are healers too.”

On Wednesday,  May 25, Rethinking Psychiatry will host a follow-up Truth and Reconciliation event, this time including families and allies of people who have experienced extreme emotional states.   For more information, visit our website at http://www.rethinkingpsychiatry.org/

The history of Truth and Reconciliation in world affairs is controversial. For example, The Truth and Reconciliation Commission in post-apartheid South Africa was accused of “artificial even-handedness” for investigating crimes committed by both the South African state and the anti-apartheid liberation movement. Also, many people have criticized Truth and Reconciliation commissions for sometimes granting amnesty to people who committed human rights atrocities. On the other hand, it is also a process that can be profoundly healing and empowering for individuals who have survived human rights violations. The process can also be an avenue for people who honestly want to make amends.

For more information on the history of Truth and Reconciliation around the world, visit the links below.

Resources on Truth and Reconciliation 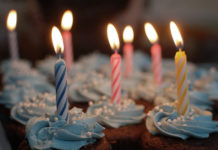 Bipolarized and Crimes Against Nature

Rethinking Psychiatry Teaches about Despair, Resilience, and the Great Turning