An editorial in The Lancet Psychiatry discusses the potential harms that come with the use of the medicalized language of mental health.  Medicalization, which can be “responsible for applying harmful labels to suffering individuals in the form of diagnoses and pseudo-technical descriptions,” has crept into social and political explanations of violence and terrorism. But another form of medicalization, what the editor’s dub “non-medical medicalization,” has grown up alongside this tendency, providing clinical weight to non-clinical social phenomena. 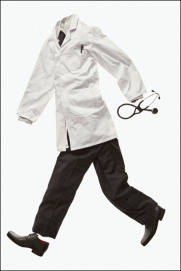 The Politics of Distress: A Discussion With Dr. James Davies on His New Book, “Sedated”