“Some activists have been able to move forward and continue the work because they have access to therapists, healers, spiritual practitioners and networks of friends,” Black Lives Matter activist Darnell Moore writes for Mic. “But some suffered traumas they were unable to overcome.” 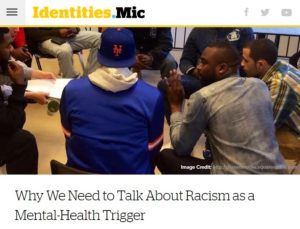