“Coercive control describes an ongoing and multipronged strategy, with tactics that include manipulation, humiliation, isolation, financial abuse, stalking, gaslighting and sometimes physical or sexual abuse,” Abby Ellin writes for the New York Times Well blog. “While the term ‘coercive control’ isn’t widely known in the United States, the concept of nonphysical forms of mistreatment as a kind of domestic abuse is gaining recognition.  In May, the hashtag #MaybeHeDoesntHitYou took off on Twitter, with users sharing their own stories.” 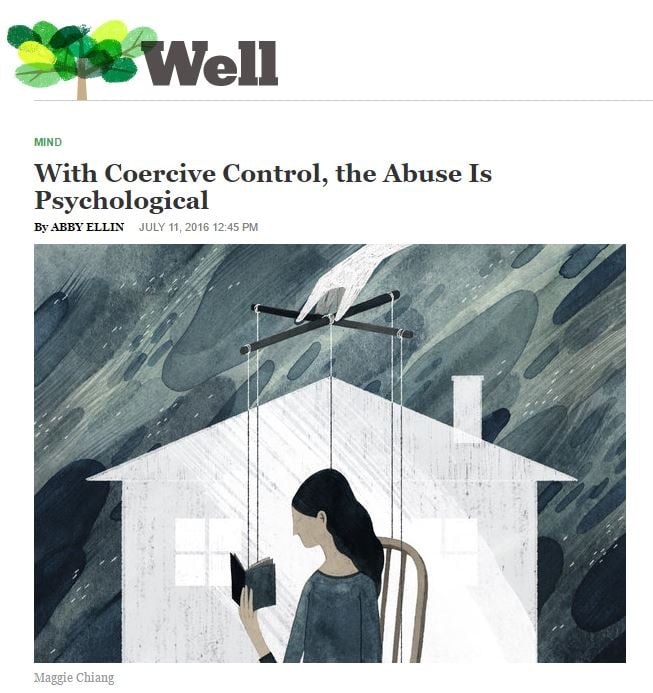