A new analysis published in the The Journal of Clinical Psychiatry investigates the public health effects of direct-to-consumer advertisements for psychiatric drugs. The researchers from Brown University systematically examined existing studies on the consequences of these ads on prescription rates and quality of treatments. They found that, although there have been limited studies addressing this issue, doctors appear more likely to prescribe when ads are referenced by patients and that this contributes to the over-prescription of psychiatric drugs.

“On a basic level, the goal of our review was to begin addressing an important and rarely examined public health question,” lead author Sara Becker, a research assistant professor at the Brown University School of Public Health and the Warren Alpert Medical School, said in a release.

“Is this enormous multibillion-dollar industry of direct-to-consumer advertising of psychiatric medication affecting public health in a positive or negative way? There are many possible ways to answer this question — we began by taking a close look at patient and physician behavior in response to these ads.”

The United States is one of three countries in the entire world (along with New Zealand and Brazil) that allows pharmaceutical companies to market their drugs directly to potential consumers through television and print advertisements. The pharmaceutical industry has continued to up its use of these ads in the US in recent years, with a combined spending of $3.83 billion in 2013 and $4.53 billion in 2014.

Last year, the American Medical Association voted to call for a ban on direct-to-consumer (DTC) drug ads and in 2016 a national pharmacist group,  the American Society of Health-System Pharmacists, added their support for a ban. The researchers note that this question is particularly relevant to psychiatry in recent years, as “ medicines for mood disorders and other conditions have become some of the most advertised and biggest selling drugs.”

To analyze the effects of direct-to-consumer advertising (DTCA) on Psychiatry, the researchers reviewed sixty-nine previous studies and identified only four that adequately addressed this issue. They extracted the data from these studies and assessed their quality, finding the results to be of moderate, rather than high, confidence.

One study, a randomized control trial conducted in 2005, sent actors to pose as patients asking their doctors for an antidepressant they had seen on television. The study found that physicians were significantly more likely to prescribe the drug when it was asked for by the patients, even if the patients did not present with symptoms qualifying them for a diagnosis of “depression.” The three other studies confirmed this result.

The researchers conclude that direct to consumer advertising requests made by patients:

(1) are granted most of the time

(4) stimulate overprescribing among patients with an adjustment disorder 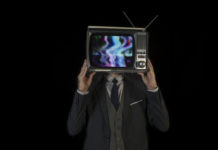 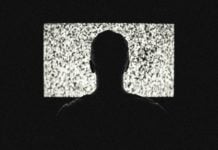 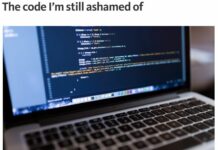 “The Code I’m Still Ashamed of (for Pharma)”