ABC News reports on almost 90 cases of children experiencing suicidal thoughts and other psychiatric side effects while taking the common asthma medication Singulair. “I was incredibly shocked when I realised that a little chewable tablet to control his asthma symptoms could possibly be linked to such severe psychological symptoms,” one parent said. 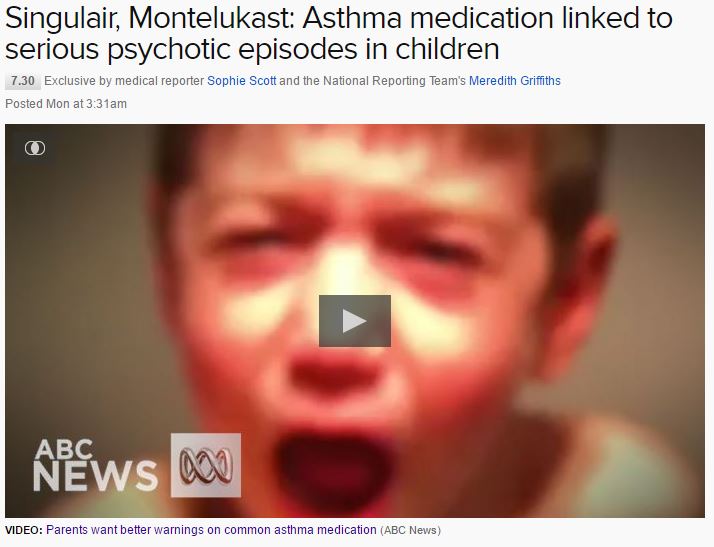