In a First Opinion featured story for STAT, Mona Gable tells the story of her mother, who had a lobotomy at age 33 as a wife and a mother of four children. “I never knew my mother when she was well, but I do know that after the lobotomy, she was never the same. She developed grand mal epilepsy. She could not taste or smell. She drank like a fish and cursed like a sailor. Her short-term memory was shot, her vocabulary frozen in the 1950s. She had what we now call ‘poor impulse control,’ meaning she said and did whatever sailed into her head.” 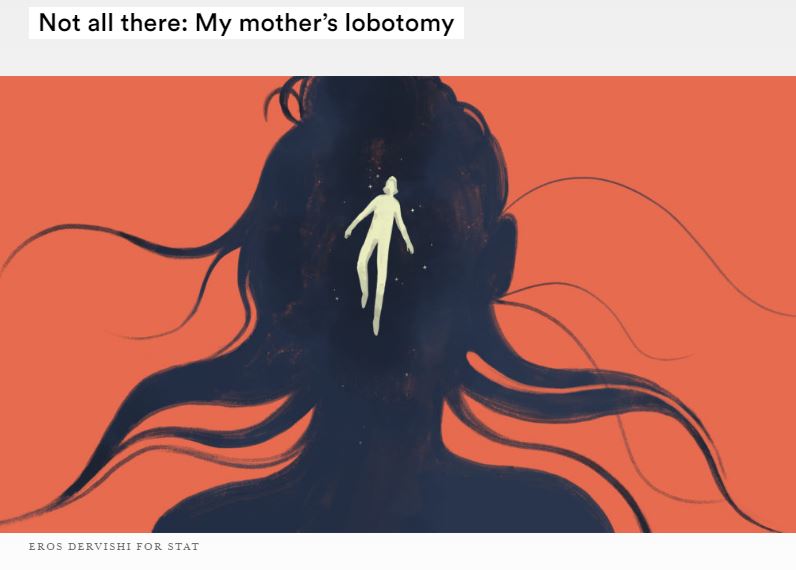 Break Down. Wake Up. podcast – Introduction