In this piece for The Nerdy Herbalist, one woman shares the way that framing her mood experiences as dangerous gifts, not symptoms or disorders, has impacted her life.

“The moods that were significant to me were diagnostically significant, too, and so I kept going back to the societal default of framing my experiences in terms of symptoms and disorders. At first, it made me feel like things made sense. But as I continued to learn about the lack of science behind much of what I was being told, I began to feel like these ways of framing my experiences were hurting more than helping. By affecting how I saw my experiences, they affected the experiences themselves, and traits that had never been a problem were brought into hyper-focus because they were symptoms now. It was a powerful lesson that the frameworks we use to make sense of our experiences change the experiences themselves, no matter how smart or critical we are.” 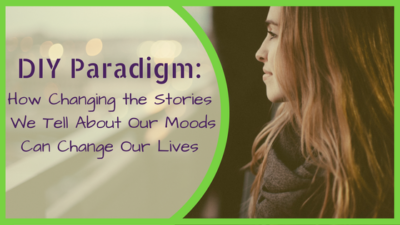