From Philosophy for Life: Though often pathologized by psychiatry and western science, spiritual experiences and altered states of consciousness can actually be highly therapeutic and valuable.

“Having studied ecstasy over the last five years, I’ve come to two conclusions. Firstly, we need a more balanced relationship with ecstasy. We shouldn’t be averse to it or embarrassed to talk about it. Ego-transcendence is not bonkers, it’s natural and good for us. But we shouldn’t get hung up on it either, and start thinking we’re incredibly special for having a spiritual experience (we’re not). They’re just part of the long journey towards awakening.

I feel like western culture is a bit like a balloon – because there’s such a flattening of the ecstatic in the mainstream of our culture, it bulges out in other areas (the New Age, charismatic Christianity), in which there’s too strong an emphasis on it.

Secondly, we need to develop controlled spaces to lose control. That’s what religious rituals have provided humans for millennia, and what the West lost in the Reformation and Enlightenment. Since then, we’ve improvised many new places for transcendence – from cinema to New Age cults to acid house to football hooliganism. But not all of these new places are healthy.” 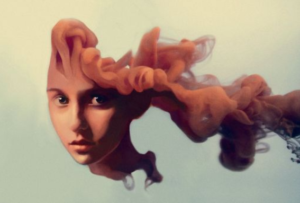