From The Province: In April 2015, a man was detained and held involuntarily at a psychiatric hospital after posting a series of angry tweets about a police shooting. The Newfoundland and Labrador Court of Appeal has recently issued a defense of this man’s right to free speech and political dissent.

“’If anger about political events and words of defiance to authorities are dealt with as signs of mental illness …. warranting involuntary committal, then our society is in a dangerous place,’ [the appeal court] said.

‘Such anger and defiance are characteristic of political dissent. As the history of authoritarian societies has taught us, confinement in a mental institution is a particularly insidious way of stifling dissent, directly and through intimidation.'” 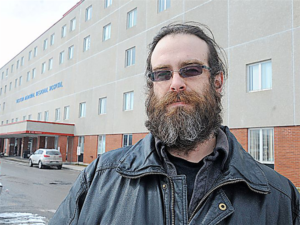