A recent article, published in Bipolar Disorders, investigates the effect of previously taking antidepressants on response to current antidepressant treatment for bipolar II disorder. The results of the analysis indicate that previous trials of antidepressant medication decrease the likelihood of responding to current treatment of venlafaxine or lithium.

“Some antidepressant drugs may produce a persistent physiological adaptation over time that manifests as progressive tolerance, and this eventual loss of effectiveness may result from repeated antidepressant administration per se,” conclude the researchers, led by Jay Amsterdam, a professor from the Department of Psychiatry at the University of Pennsylvania School of Medicine.

The authors note that the second explanation is highly concerning “because it would suggest that some cases of resistant depression results from repeated exposure to antidepressant therapy per se.”

If the second explanation is accurate, then antidepressant medication could actually have the effect of causing ‘treatment-resistant depression.’ Unintended consequences of treatment, like this, are referred to as iatrogenic effects, and many have raised concerns about the iatrogenic effects of psychiatric medication.

In an attempt to better understand what leads to treatment resistant depression, the authors analyzed data from 129 subjects who previously completed a 12-week randomized controlled trial (RCT) comparing venlafaxine to lithium for treating bipolar II depression. The researchers examined whether the number of previous antidepressant trials was related to the likelihood of responding to the medication and the risk of relapse while on the drug.

Subjects had taken, on average, 2.7 antidepressant medications before starting the RCT. Only 17% of subjects had never taken an antidepressant previously. The researchers controlled for a number of factors associated with prior antidepressant treatment (e.g., being Caucasian, not experiencing inter-episode recovery, higher baseline severity, previous depressive episodes).

The authors summarize, “The odds of responding or remitting during acute venlafaxine or lithium monotherapy in the current study were reduced by approximately 25% and 32%, respectively, with each increase in the number of prior antidepressant trials at any time over the course of the affective illness.”

Still, they conclude, “This may suggest that the presence of step-wise loss of effectiveness observed in the current study is not a genetic predisposition to nonresponse; rather, it suggests that it is repeated exposure to prior antidepressants that influenced the effectiveness of the venlafaxine and lithium response.”

Noting that the results were most significant when previous medications were SSRIs, the authors state, “Although there has been a proliferation of SSRIs and other antidepressant drugs over the past four decades, the likelihood of achieving response and remission with these drugs has not changed, and the number of patients with persistent depression may have increased.”

The authors also highlight their previous study showing that tolerance does not result from psychotherapy as it does in pharmacotherapy.

They conclude, “This suggests that exposure to prior antidepressants may be a predictor of a poor response to subsequent drug trials and that other treatment approaches should be considered.” 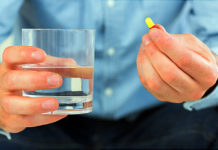 Listening to the Patient Voice: The Antidepressant Withdrawal Experience