From Aeon: Throughout history, psychiatry has pathologized defiance and continues to label individuals who resist authority and stand up for their rights as mentally ill. Instead of pathologizing defiance, we should recognize the important role acts of defiance play in creating social change and equality.

“And when the defiant ones are locked up in prisons and hospitals, they are unable to force changes in the status quo – not only do they lack control over the treatment dispensed, they are also unable to express their change-making views on culture and the world. And what a loss: without people protesting police shootings of unarmed black men in Ferguson and Baltimore, racial violence will continue. Without sexual assault victims speaking out against how they were blamed for crimes committed against them, rape culture will go on. Defiance forces us to chip away at the cornerstones of our culture, but it’s all too easy to turn our discomfort into the defiant ones’ psychiatric disease.” 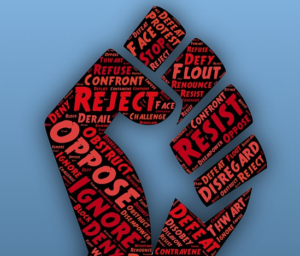