We interview Kevin P Miller. Kevin is a filmmaker, writer and journalist and his films have won numerous international Film and Television awards. In 2009, Kevin wrote and directed Generation Rx. The film presents the whole story about the prescribing of psychiatric medicines to children and questions whether we have forced millions of children onto pharmaceutical drugs for commercial rather than scientific reasons. In 2015, Kevin followed up on this story with Letters from Generation Rx. The film reflects the stories of thousands of people who wrote to Kevin to share their experiences taking psychiatric drugs. Their gripping tales are combined with the latest mental health research, science, and medical health perspectives. We talk about Kevin’s films, his approach to film making and his thoughts on how we treat people that ask for help with their mental health. 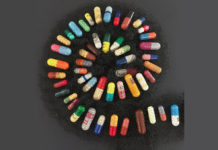