From Science of Us: A new research paper examines the mental and physical health effects of the 2016 presidential election, including the impact of toxic stress caused by discrimination and fear of discrimination.

“While policies such as the Muslim ‘ban’ and anti-transgender legislation may seem to affect only a small number of people directly, Galea explained in an interview, they ‘create a shift in culture away from pro-social behavior that promotes our collective well-being … The health of populations rests in no small part on our collective behaviors, influenced by shared social norms.’

Simply put, he said, ‘marginalization equals poor health.’ This may be especially true for undocumented immigrants, who have to cope with both the fear of harassment and the fear of deportation, which has left many of them afraid to access public services.” 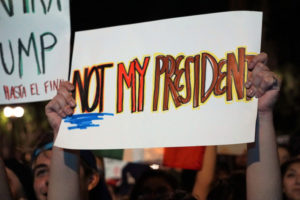