From New Scientist: Some organizations are helping people hack their dosing regimens so they can taper off psychiatric drugs without severe withdrawal effects. One Dutch organization called Cinderella Therapeutics, which offers personalized tapering kits with precisely weighed out tablets, is soon to launch an English website.

“Some people say that when they try to stop, they experience intolerable side effects. A study in New Zealand found that 55 per cent of people got withdrawal symptoms on stopping antidepressants.

‘I felt like I had been run over by a bus,’ says James Moore, a 46-year-old stay-at-home dad from Rogiet in the UK. He experienced dizziness, nausea and headaches when he stopped taking the antidepressant mirtazapine.

Others who stop taking antidepressants report side effects such as panic attacks or memory and concentration problems. ‘I know of people who have taken their lives because the withdrawal effects have been so severe,’ says Moore, who is now a mental health campaigner.” 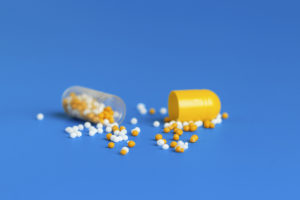 Click here for an MIA interview with Tony Kendrick, whose work is also referenced in the above article.