From the Edmond J. Safra Center for Ethics: The American Psychological Association’s participation in “enhanced interrogation” and other forms of torture is indicative of the need for a stronger ethical foundation in the profession of psychology.

“I thus started considering the extent to which, in our profession, there was little discussion of how to stand up for ethical principles against a majority that opposes or ignores them—for example, when a professional group or listserv silences dissent through mockery or attack. Nor was there discussion of what to do when wrongdoing is discovered but reporting it may place the informant in jeopardy. For ethics is not just about following the rules, it is about doing the right thing, even in difficult circumstances. Current psychological ethics involve little acknowledgement that obedience to rules is an insufficient basis for addressing the complex ethical issues facing the field; neither are utilitarian approaches concerned only with the outcomes of actions.” 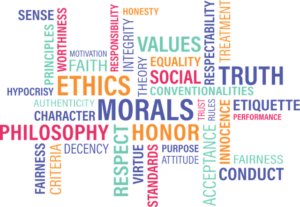