From STAT: New research indicates that doctors who graduated from lower-tier medical schools prescribe about three times as many opioid painkillers per year as those who graduated from top-tier institutions. While physicians who attended Harvard wrote fewer than 100 opioid prescriptions per year, those who trained at the lowest-ranked schools wrote almost 300 per year.

“Prompted by government regulators, medical schools have begun enhancing their training on opioids. About 60 medical schools nationwide said they would accede to a request from the Obama administration that they include in the curricula opioid prescribing guidelines published by the Centers for Disease Control and Prevention.

Given the apparent connection between education and prescribing, the Princeton researchers concluded that if the CDC training is shown to be effective, ‘then policy makers might consider offering stronger inducements for medical schools to incorporate these guidelines.'” 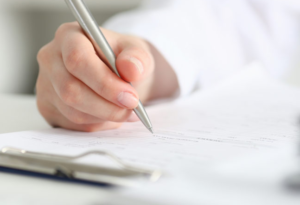 An Educational Alternative to the Medical Model of Mental Health