In this piece for Alternet, Joshua Wilkey discusses his grandmother’s addiction to opioid painkillers and details the role that pharmaceutical companies have played in Appalachia’s opioid crisis.

“It’s no wonder that elected representatives, even those with constituents dying every day from opioid overdoses, might think twice before taking action to cut off the flow of OxyContin to Appalachia. Big Pharma spends a lot of money to buy influence both in Congress and in state legislatures. Cartel leaders who smuggle crack or heroin can’t pay congressional representatives to turn a blind eye, but through campaign contributions and lobbyists, pharmaceutical companies can.

In North Carolina, Kentucky, Tennessee, and West Virginia, the states whose mountainous regions make up the core of the Appalachian territory most hurt by opioids, pharmaceutical manufacturers have given nearly $2,000,000 in political contributions to federal-level elected officials over the past decade. From 1986 to present, these drug companies have given over five million dollars to state-level officials and candidates for state legislative seats. $7,000,000 has flowed directly from drug companies to elected officials while thousands of dead bodies are left in the wake of OxyContin.” 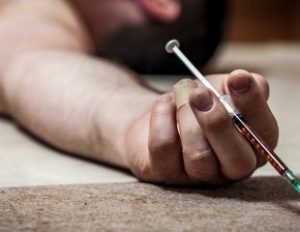