A new commentary, published in Clinical Trials, questions the ethics of employing uninsured minority individuals for experimental drug testing. The author, Carl Elliott, a professor at the Center for Bioethics at the University of Minnesota and an expert on the ethics of human subject research, writes, “Pharmaceutical companies routinely pay desperately poor subjects to test the safety of experimental products.”

Phase I studies involve giving a drug to healthy volunteers and are specifically designed to test the safety of a medication, before beginning to study its effectiveness. Many concerns have been raised about the danger phase I trials can pose to participants. This problem is often brought to the forefront after a grossly unethical research study is exposed or tragic event occurs. Most recently in 2016, a phase I trial in France resulted in one person dying and brain damage in four other participants.

In response to the failed drug trial in France, Elliott said in a New York Times article, “Many Phase 1 trial volunteers are poor and unemployed, and they volunteer for trials like this because they are desperate for money… This means they are easily exploited.” In fact, there is a name for individuals who make a living out of being participants in phase I trials: Guinea Pigs.

Elliott wrote the current commentary as part of an issue of Clinical Trials with a major focus on phase I trials. He directs his response to Grady and colleagues who published a study by reporting that, although individuals who partake in phase I trials are motivated by money, they consider health risks to be a more important factor. Grady and colleagues suggest their findings should “alleviate some concerns about distorted judgment among healthy volunteers.”

However, Elliott challenges this conclusion. In Grady et al.’s study, 47% of participants had an annual household income below $25,000 and a third did not have health insurance. Of the participants in the US, 53% were Black. Elliott argues, “Exactly how the motivations of poor, unemployed research subjects to enroll in research studies for money could be unaffected by their poverty and unemployment goes largely unexplained.” Elliott offers his perspective on why Grady and colleagues come to the conclusions they do:

“If current practice is any indication, most research sponsors are comfortable with using America’s vast supply of poor, uninsured minorities to test the safety of experimental drugs. Morally justifying such a practice requires one to imagine the decisions of subjects as fully autonomous and free, rather than the product of financial desperation.”

Providing a different picture, Elliott cites research from a qualitative study by Fisher who interviewed 178 phase I research participants. Fisher’s research highlights the financial desperation of many phase I participants, where being housed during a drug trial may be the only thing preventing them from homelessness. Other participants reported that drug trials seemed safer than risking prison from gaining income through illegal activities (e.g., selling drugs). Fisher suggests that participants become desensitized to the risk of experimental drug trials in what she calls “the banalization of risk.”

Elliot discusses how researchers use this desensitization to their advantage with the intentional recruitment of marginalized populations. He states, “contract researchers can ensure ready access to willing subjects by setting up in bleak urban neighborhoods next to the pawn shops, the plasma centers, and the payday loan companies.”

Elliott argues that current practices go against recommendations in The Belmont Report, which was written in 1979 to outline ethical regulations for human subject research. Elliott highlights that one of the biggest problems with the current system is “that it is unfair to ask a vulnerable group to bear the potential risks of research if they are unlikely to benefit from the results” since poor, uninsured individuals are unlikely to be able to afford these drugs if they are approved.

In fact, most US research sponsors do not even guarantee they will pay medical bills if participants are injured from the phase I trial drug. Ultimately, Elliott calls for higher standards and more protections against exploitation of uninsured minority individuals in phase I trials. 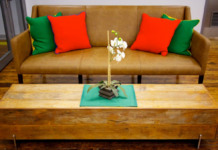 Finding a Therapist Who Understands Oppression and Intersectionality 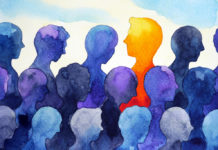