In this piece for Aeon, Carlin Flora critiques sociologists’ and psychologists’ attempts to categorize and classify people’s personalities into distinct groups and profiles, advocating that we instead recognize the fluidity and complexity of our personalities.

“…we’re constantly describing ourselves and others. Sometimes, the stakes are low, as with idle chat, and sometimes they are higher, such as when we’re summing up a potential job candidate or a possible love match for a friend. Writers search for emotional granularity, consequential details and apt metaphors, while sociologists and personality psychologists have come up with sorting tools such as the ‘Big Five’ personality traits – extraversion, neuroticism, agreeableness, openness to experience, and conscientiousness. But if I tell you someone is ‘a nice-looking middle-aged Asian extravert who is fairly agreeable, neurotic and open-minded, and from the Midwest’ you have no idea what she’s really like. You barely have a starting point.

People have habits of speech, mannerisms, a temperament that is at least in part inborn, and even behavioural signatures and routines. But across time and contexts, any of these characteristics can change. We can act against our own proclivities until they aren’t proclivities anymore. Being enclosed in solid, distinct bodies fuels the belief that our personalities must be fully formed and consistent as well. But they aren’t. Everyone from pop-psych authors to business-school professors to astrologers has come up with her own system for sizing up people. If it were possible, wouldn’t one method have prevailed by now? In fact, two recent paradigm-breaking studies suggest that personality traits can shift slowly yet drastically over time, and quite quickly after therapeutic interventions.” 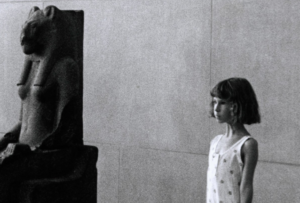