New research, published in Developmental Cognitive Neuroscience, challenges the idea that adolescent risk taking behaviors are a result of neurological imbalances and deficits. Daniel Romer and co-researchers seek to contextualize adolescent sensation seeking and exploration as adaptive and fundamental to development.

“We do not question the reality that the adolescent period entails risk. What we challenge is the interpretation of the brain and behavioral underpinnings of this risk.”

Brain development is shaped by environmental demands and forces. Findings support this by demonstrating that different cultural factors, such as socioeconomic status and linguistic regions, influence specific aspects of brain development. Nevertheless, a large body of research has focused exclusively on biological underpinnings of adolescence and the adverse outcomes related to this development period.

Despite discussions surrounding maladaptive risk behavior and consequences such as injury, substance abuse, teenage pregnancy, and numerous feared outcomes, the vast majority of adolescents exhibit resiliency as they grow into adulthood, evading the development of addiction to substances, sexually transmitted infection, pregnancy, homicide, depression, suicide, or death as a result of automobile accidents.

The focus on these unhealthy, life-altering outcomes has been used to prop up hypotheses that adolescents are neurologically lacking, imbalanced, or underdeveloped. The researchers involved in this study review the existing literature and examine models put forth to understand adolescent risk-taking in the broader context of development.

Sensation seeking, or the rise in attraction to novel or exciting activities despite risks involved, is demonstrated to increase in adolescence. However, the tendency has been to narrowly attribute and decontextualize this phenomenon to neurological explanations. An example of this is the belief that the rise in sensation seeking occurs because of imbalances in neural pathways implicated in the recognition and anticipation of reward.

The increase of dopamine, the neurotransmitter active in these processes, is not only seen to accompany sensation seeking, it is involved in the increased ability to exert control and learn from reward experiences. This supports a broader perspective on the adaptability of such changes occurring at a time when adolescents are confronting new social/environmental experiences and obstacles but also challenges the idea that sensation seeking increases in the absence of processes facilitative of exercising control.

The researchers distinguish between sensation seeking to clarify that unlike sensation seeking, an impulsive choice is the tendency “to choose smaller, immediate rewards over larger but delayed rewards.” It can also take form in impulsive action, which is generally understood as a lack of the capacity to control attention and “consider alternatives to strong impulses.”

They point out that despite popular stereotypes circulating about the impulsive adolescent, research does not demonstrate that impulsivity increases during this life stage. Rather, impulsive choice gradually decreases throughout the lifespan for all but a subset of individuals who consistently struggle with it, and are identifiable at earlier ages.

“Thus, it is a simplification to assert that the adolescent period is marked by heightened impulsivity relative to children and adults considering that impulsive choice does not peak during this age period.”

The distinction between sensation seekers and impulsive individuals is further exemplified in studies which found that sensation seekers are more likely to experiment with substance use or unprotected sex, but unlike those who fit highly impulsive tendencies, they generally do not progress to continuing these behaviors. These patterns are mirrored in animal studies observing rats and the development of addictive behavior.

Unfortunately, stereotypes depicting adolescent behaviors as exclusively biologically driven, or “hard-wired,” fail to recognize opportunities for education and prevention. Trends in data argue that adolescents are receptive to learning about adverse consequences, specifically when learning about usage and perceptions of substances through various channels.

Interestingly, additional investigation on adolescent choices and reward appraisals found that they are more likely than adults to take risks that are ambiguous. In the economic sense, write the authors, this behavior of evaluating options based on expected value may be understood to be more “rational.” Their tolerance for ambiguity is hypothesized to reflect their relatively optimistic appraisal of awards in novel situations.

Romer and co-researchers continue to examine and critique various models developed to explain adolescent behavior, noting that imbalance models, and models involving gray and white matter development, are not clearly related to risky behavior. Their examination leads them to believe that, if anything, the ventromedial prefrontal cortex, a brain region involved with inhibition, may be most consistently implicated in adolescent reward-based learning.

However, they emphasize that these behaviors are best understood in the context of individual differences across different types of risk taking.

“Evidence linking brain structure and function to risky behavior tends to be inconclusive regarding imbalance, and this is not surprising given the many ways that risk taking can manifest.”

Instead, they argue for investigations which privilege consideration of the role that exploration plays during this life stage, especially in light of research outlining how engaging in novel behaviors and activities fosters the development of wisdom. Rather than being conceptualized as a structural “handicap,” adolescent risk-taking may be understood as a rational, adaptive approach to brain maturation.

Adolescent sensation seeking may not only be normal but in some ways, it may even demonstrate greater adaptivity.  One study found that high sensation seekers who were more likely to engage in risky behavior displayed higher levels of delayed gratification and patience as they grew older, especially if they had developed other cognitive skills which allow them to successfully integrate and apply this learning to future behavior.

“Our analysis suggests that stereotypes of adolescents as particularly susceptible to unhealthy risk taking simplifies how adolescents think about risk and ignores the important role that experience plays in more adaptive forms of risk taking.”

Romer and researchers warn readers that widely circulated hypotheses are limited, as they write:

“Despite the valuable insights spurred by imbalance models, it time to move beyond these models to consider the role that experience plays in healthy adolescent development.” 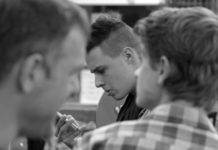 Smartphones, Loneliness, and Depression in Teens