From STAT: A small biotech company, AveXis, recently offered a $3,000 honorarium along with paid airfare and lodging to several experts to attend a so-called advisory meeting. The company also told experts they would not have to report their compensation due to a loophole in a federal transparency law.

“A spokesman for the Centers for Medicare and Medicaid Services, which runs the database, explained that a company is not required to report payments if it does not yet market a medicine approved by the Food and Drug Administration. In this instance, the lead AveXis product is still being developed to treat spinal muscular atrophy, a rare disorder that is a common cause of infant deaths.

Even so, the AveXis overture concerned one hospital official who was approached by the company.

‘It may not be illegal, but it’s distasteful,’ said Scott Knoer, chief pharmacy officer at Cleveland Clinic Foundation, where he sits on a committee that decides which medicines are cost effective. ‘I get invited to advisory boards all the time, but this was unusual because they made a point of saying no one would know. I think the problem is they were touting a lack of transparency.'” 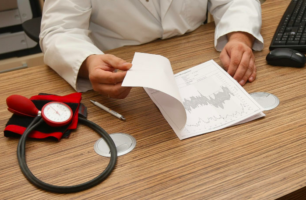