From Pacific Standard: It, the first feature-film adaptation of a 1986 horror novel by Stephen King, has broken box office records for the horror genre, making $123.1 million at the United States box office in its opening weekend. According to King scholar Anthony Magistrale, the story still resonates with contemporary audiences due to a post-9/11 environment of societal fear and paranoia.

“Why is It coming about now? I think they finally figured out what to do with this rambling opus—make it something that was truly terrifying. Its relevance is that we are a paranoid nation, and that paranoia translates really beautifully within this novel, from the need for curfews to the danger of children just playing. Look at the level of surveillance and fear that has dominated our culture since 9/11. This is not an accident.” 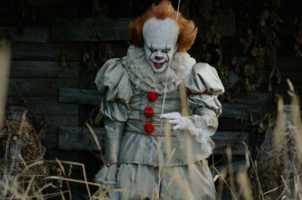