This piece from Newsner chronicles the life and work of Elizabeth Cochran Seaman, a journalist who went undercover to expose the conditions at an infamous mental hospital. The publication of her book “Ten Days in a Mad-House” led to reforms that significantly improved the conditions for patients.

“The hospital housed twice as many patients as it had room for. Meals consisted of dried uncooked bread, spoiled meat, watery broth, and dirty water. And there were rats everywhere.

Elizabeth pretended to be mentally ill, but she described the conditions at the hospital as being so bad that it was enough to make a person actually insane.

In addition, Elizabeth met several women who weren’t at all mentally ill, but were just poor or unable to speak English.

Patients were abused, beaten, tied up, and forced to endure being doused with ice water in place of showers.

Doctors refused to believe patients who complained about the abuse, and those who did complain were punished.” 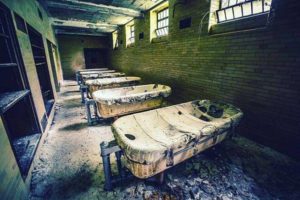