From The Conversation: Many researchers are beginning to acknowledge that the concept of “schizophrenia” as a discrete, hopeless, and deteriorating brain disease does not exist. In reality, there are many different causes, experiences, and trajectories of psychosis.

“Arguments that schizophrenia is a distinct disease have been ‘fatally undermined’. Just as we now have the concept of autism spectrum disorder, psychosis (typically characterised by distressing hallucinations, delusions, and confused thoughts) is also argued to exist along a continuum and in degrees. Schizophrenia is the severe end of a spectrum or continuum of experiences.

Jim van Os, a professor of psychiatry at Maastricht University, has argued that we cannot shift to this new way of thinking without changing our language. As such, he proposes the term schizophrenia ‘should be abolished’. In its place, he suggests the concept of a psychosis spectrum disorder.

Another problem is that schizophrenia is portrayed as a ‘hopeless chronic brain disease’. As a result, some people given this diagnosis, and some parents, have been told cancer would have been preferable, as it would be easier to cure. Yet this view of schizophrenia is only possible by excluding people who do have positive outcomes. For example, some who recover are effectively told that ‘it mustn’t have been schizophrenia after all’.” 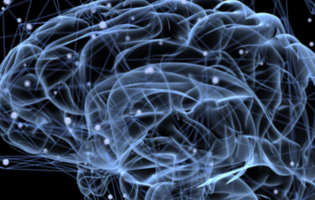