From The Guardian: The number of children and young adults experiencing mental health problems is rapidly rising. More than ever, young people are growing up in an unstable, anxiety-producing world, where it can be difficult to feel safe.

“One statistic from this survey stood out for me: one in 10 teenagers reported strong feelings of anxiety over current world affairs. This is confirmation of the many reports I have from students I meet through the charity and in my clinical work. The world’s instability and unpredictability – in relation to terrorism, Brexit or the Trump leadership and ensuing world issues – have left children and young people scared and bewildered. In a world of having to constantly focus on success, competition, perfection and uncertainty, they are scared about the decisions that adults around them take and the legacy of these decisions. The Children’s Society’s The Good Childhood Report 2017, released last month, confirms this. Among its key findings were that young people’s happiness is at its lowest since 2010 and that fear of crime was the most common problem, affecting 2.2 million 10- to 17-year-olds, with one in three teenage girls afraid of being followed by a stranger and one in four boys worried about being assaulted.” 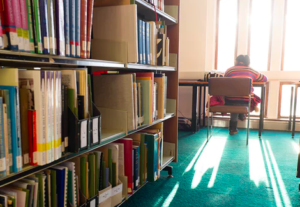