In this piece for The Establishment, physician Isabel C. Legarda explores the possibility that the poet Emily Dickinson may have been a survivor of sexual violence.

“Absent the discovery of a secret drawer or floor board stuffed with confessional prose by Emily Dickinson, we will likely never know the exact source of possible trauma. Viewed through the lens of medicine, however, her known writings provide compelling evidence that this trauma arose from sexual assault, and I believe it’s important to consider this possibility not only as a matter of medical and historical honesty, but also for the sake of justice and human connection. Openness to such a tragic consideration potentially allows her poems to function as a salve and source of hope for survivors of such abuse.

To those who think, ‘Who cares?’ I say Emily’s truth matters. Today, over 130 years after her death, women and the atrocities they suffer are still dismissed, diminished, disbelieved, denied, silenced, or scoffed at. The lasting power of Emily’s writing is power taken back, albeit in cipher and secrecy, transforming the poet into a prophet — a mouthpiece — for women across time, even if she felt silenced in her own time.” 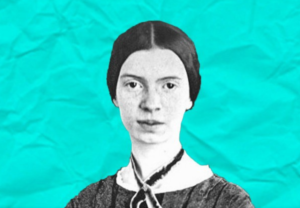