From The New York Times: While the public perception of the insanity defense is that it is a “get out of jail free” card, the reality is that defendants found not guilty by reason of insanity (N.G.R.I.) may end up being confined for longer periods of time than defendants who are found guilty.

“…when an N.G.R.I. defense does succeed, it tends to resemble a conviction more than an acquittal. N.G.R.I. patients can wind up with longer, not shorter, periods of incarceration, as they are pulled into a mental-health system that can be harder to leave than prison. In 1983, the Supreme Court ruled, in Jones v. the United States, that it wasn’t a violation of due process to commit N.G.R.I. defendants automatically and indefinitely, for the safety of the public. (Michael Jones, who was a paranoid schizophrenic, had been hospitalized since 1975, after pleading N.G.R.I. to petty larceny for trying to steal a jacket.) In almost all states, N.G.R.I. means automatic commitment to a psychiatric facility. In most states, like New York, there is no limit to the duration of that commitment. In the states that do have limits, like California, the limits are based on the maximum prison sentence for the offense, a model that belies the idea of hospitalization as treatment rather than punishment. As Suzanna Gee, an attorney with Disability Rights California (a protection and advocacy agency with counterparts in every state), points out, the law allows two-year extensions as patients approach a ‘top date,’ the limit set on their confinement. And so, she says, ‘it can be extended in perpetuity.'” 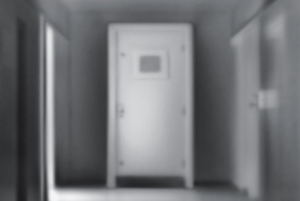 Inside a Forensic Psychiatry Unit: Earning the Right to Sleep on the Floor

Inside a Forensic Psychiatry Unit: Here’s How to Survive