From The Washington Post: Blaming mass shootings on “mental illness” is a distortion of the facts and a convenient way to dodge a necessary conversation on gun control.

“There is no evidence that the Las Vegas shooter was insane. (I prefer not to use his name and give him publicity, even posthumously.) He did not have a history of mental illness that we know of, nor had he been reported for behavior that would suggest any such condition. He was clearly an evil man, or at least a man who did something truly evil. But evil is not crazy. If we define the attempt to take an innocent human being’s life as madness, then every murderer is mad. If not, we should recognize that it is a meaningless term that adds little to our understanding of the problem.” 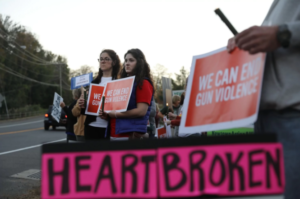 School Shootings: Who to Listen to Instead of Mainstream Shrinks